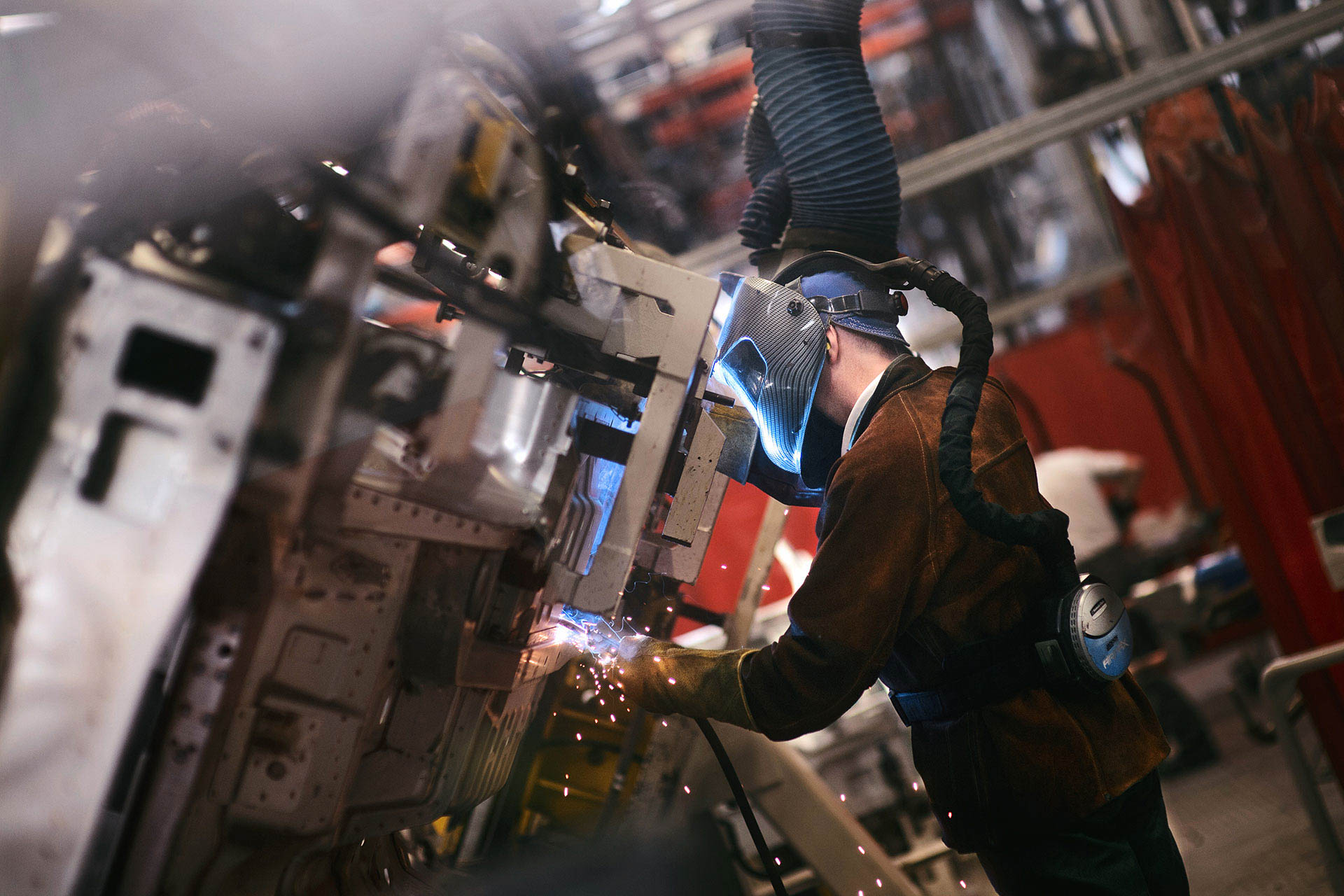 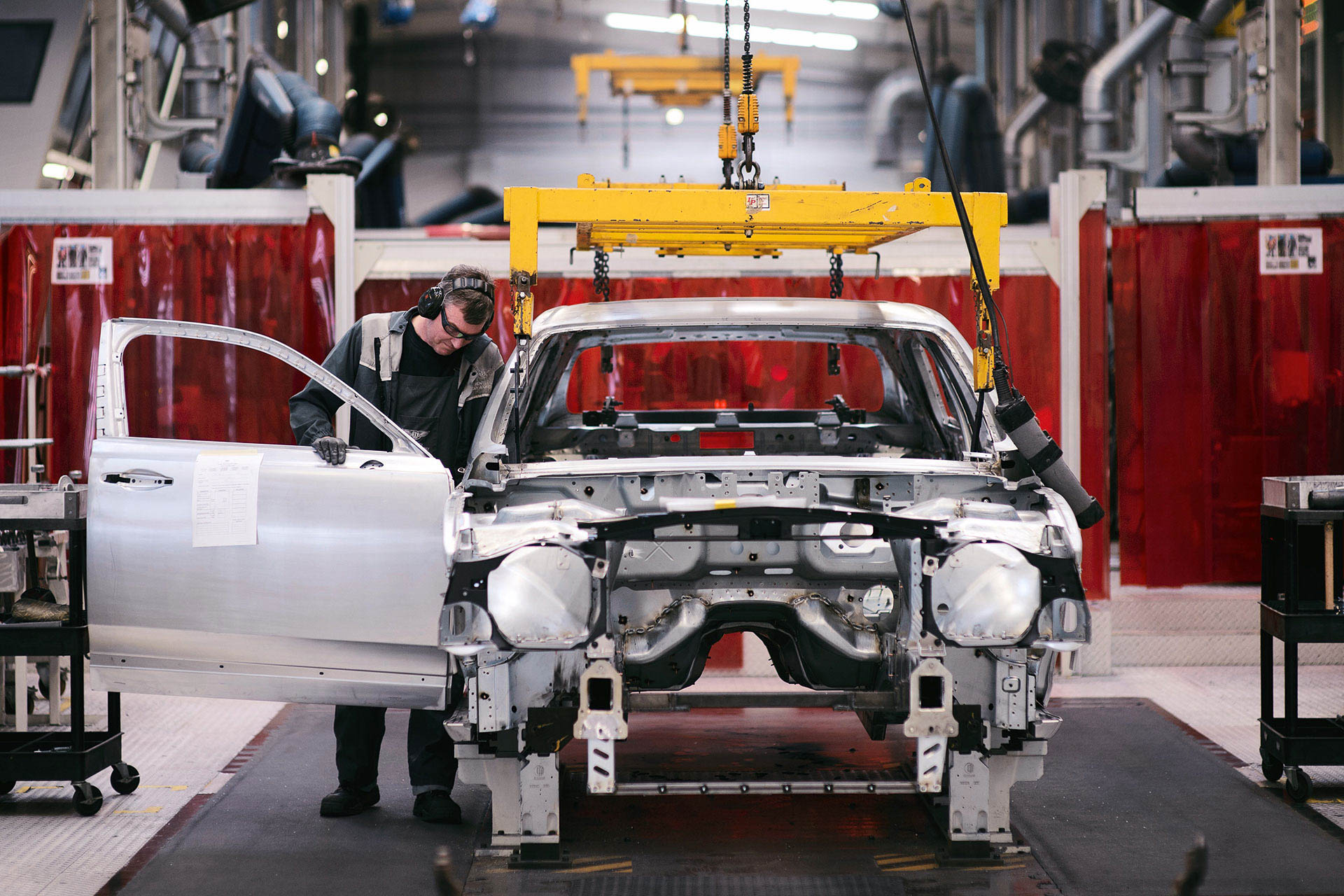 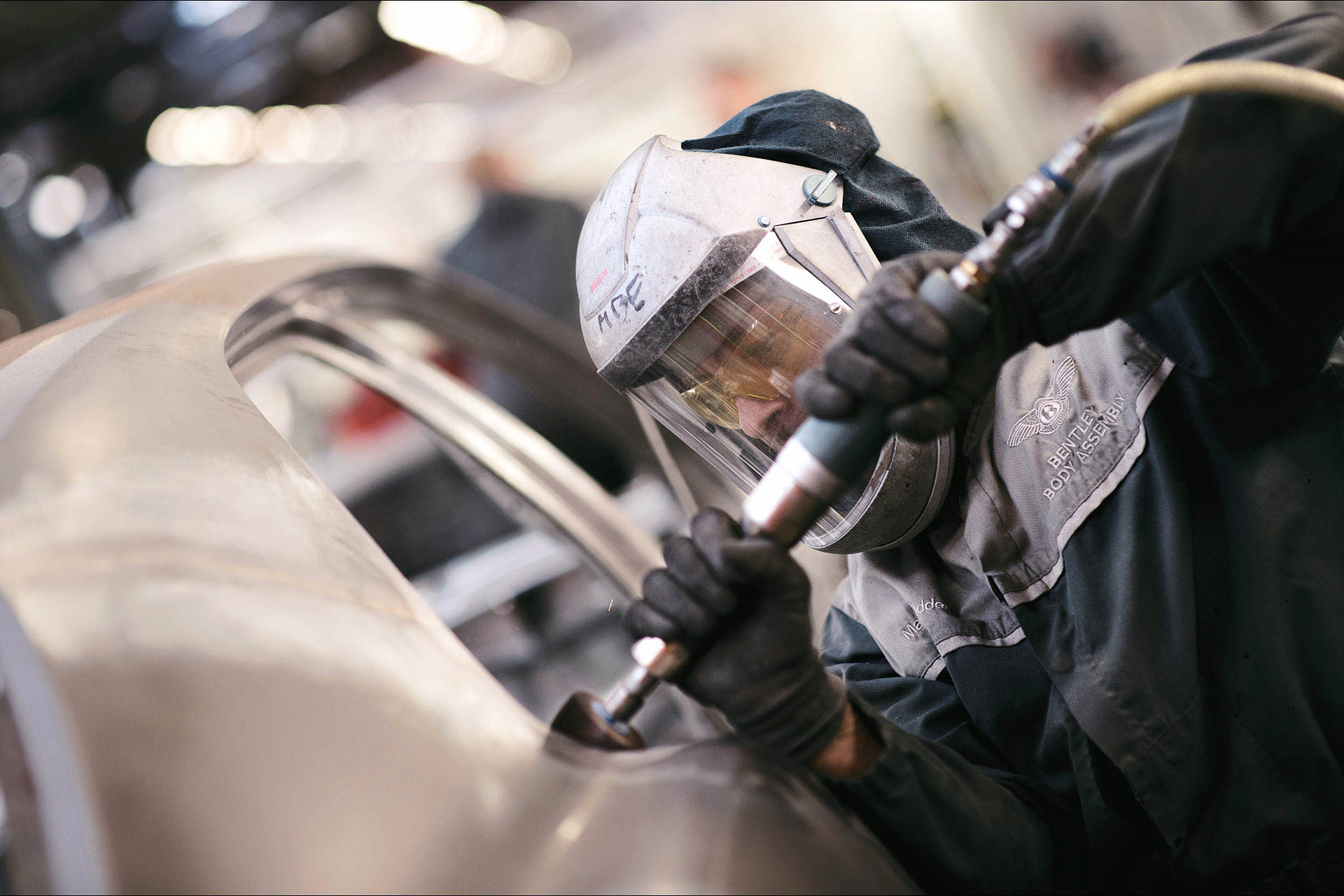 While in many modern factories industrial robots do much of the work, at Bentley the emphasis is on a workforce skilled in shaping metal, leather and wood 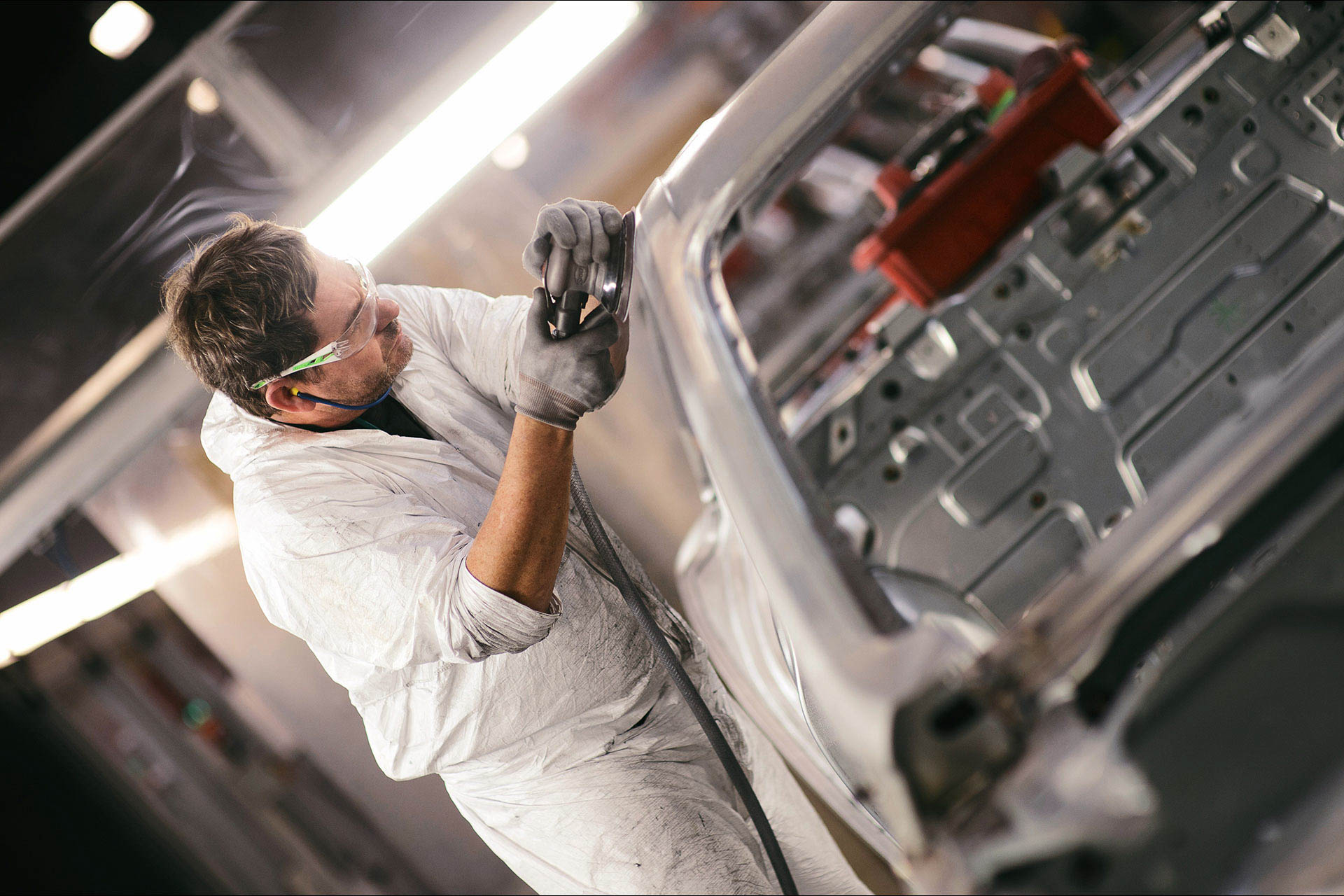 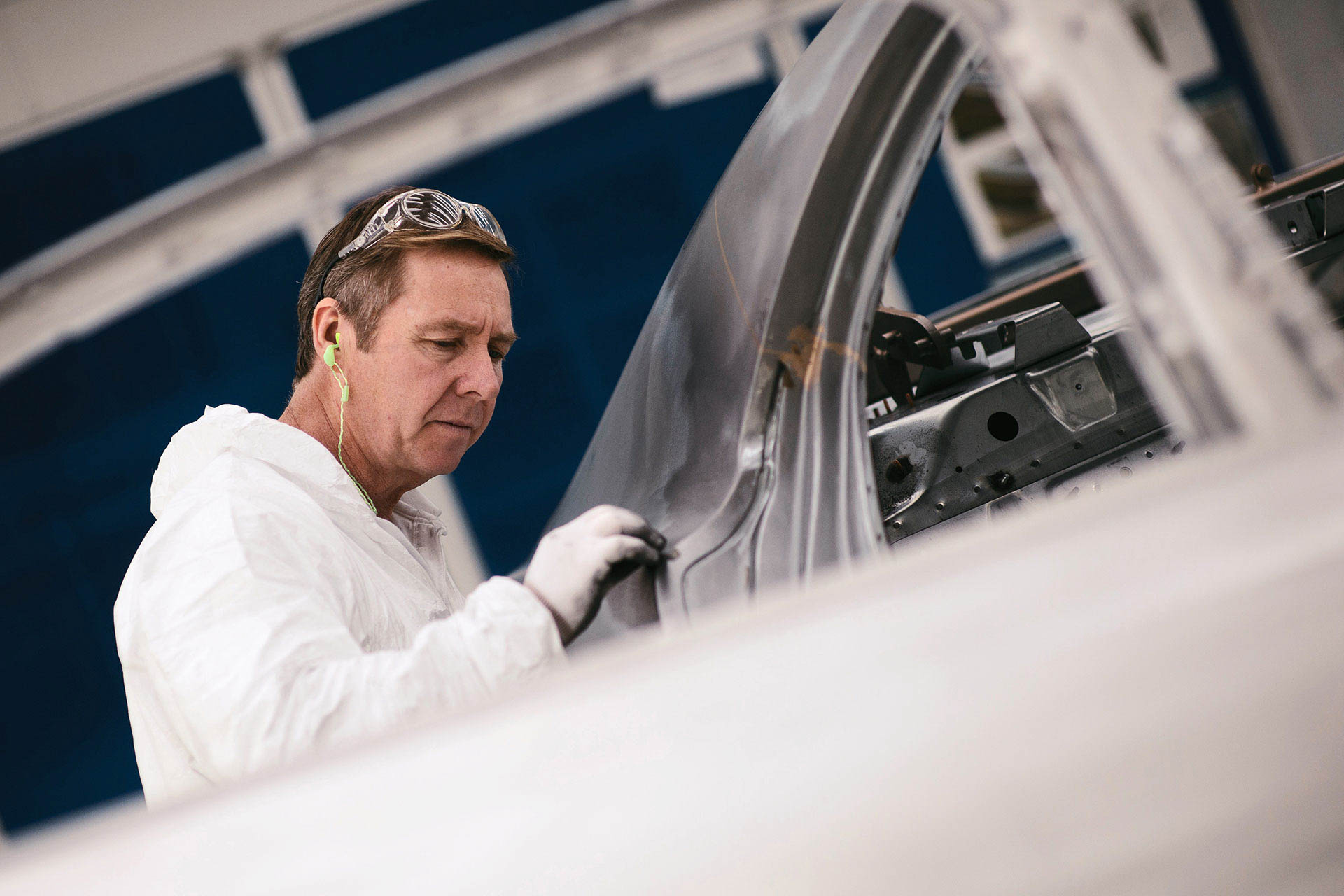 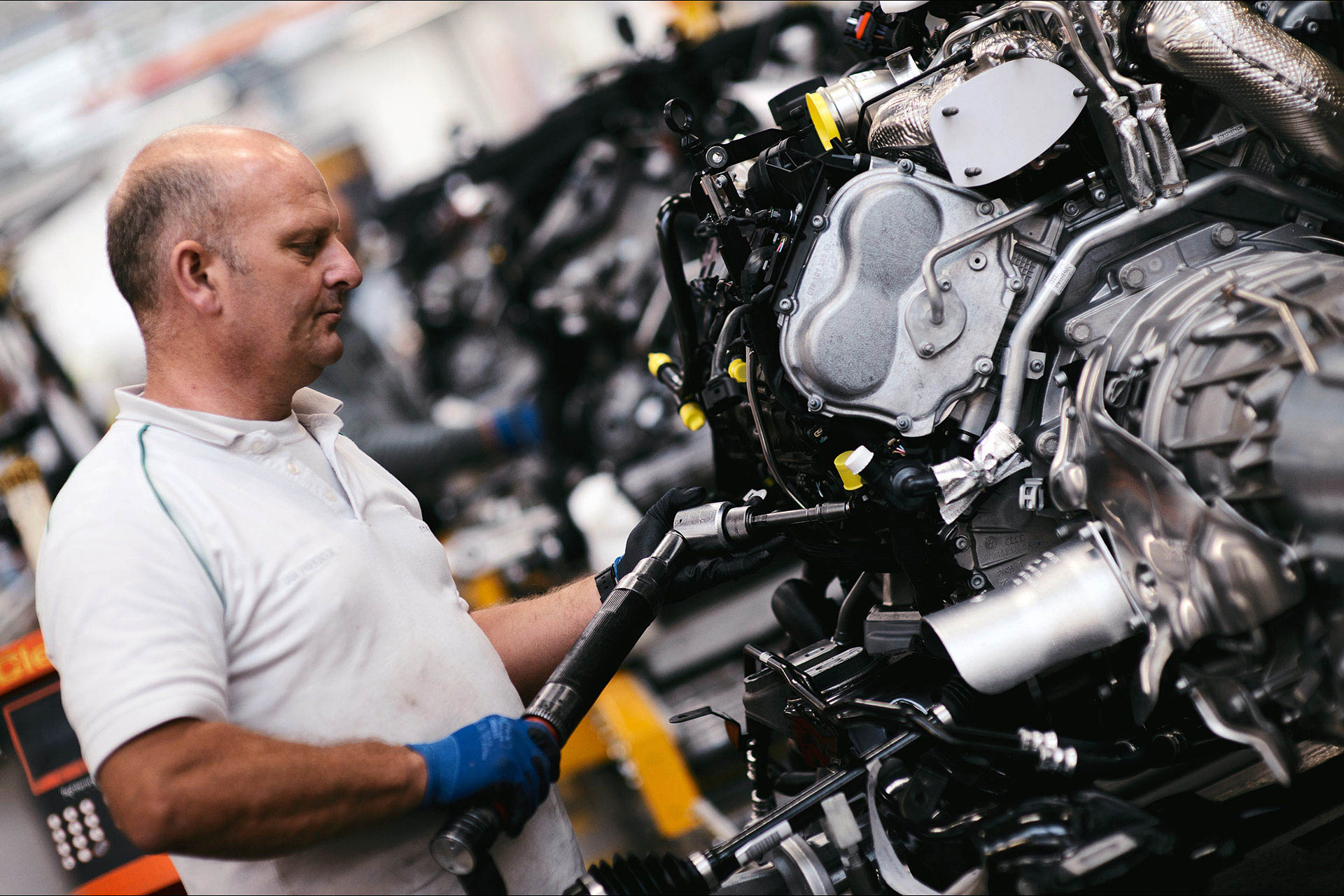 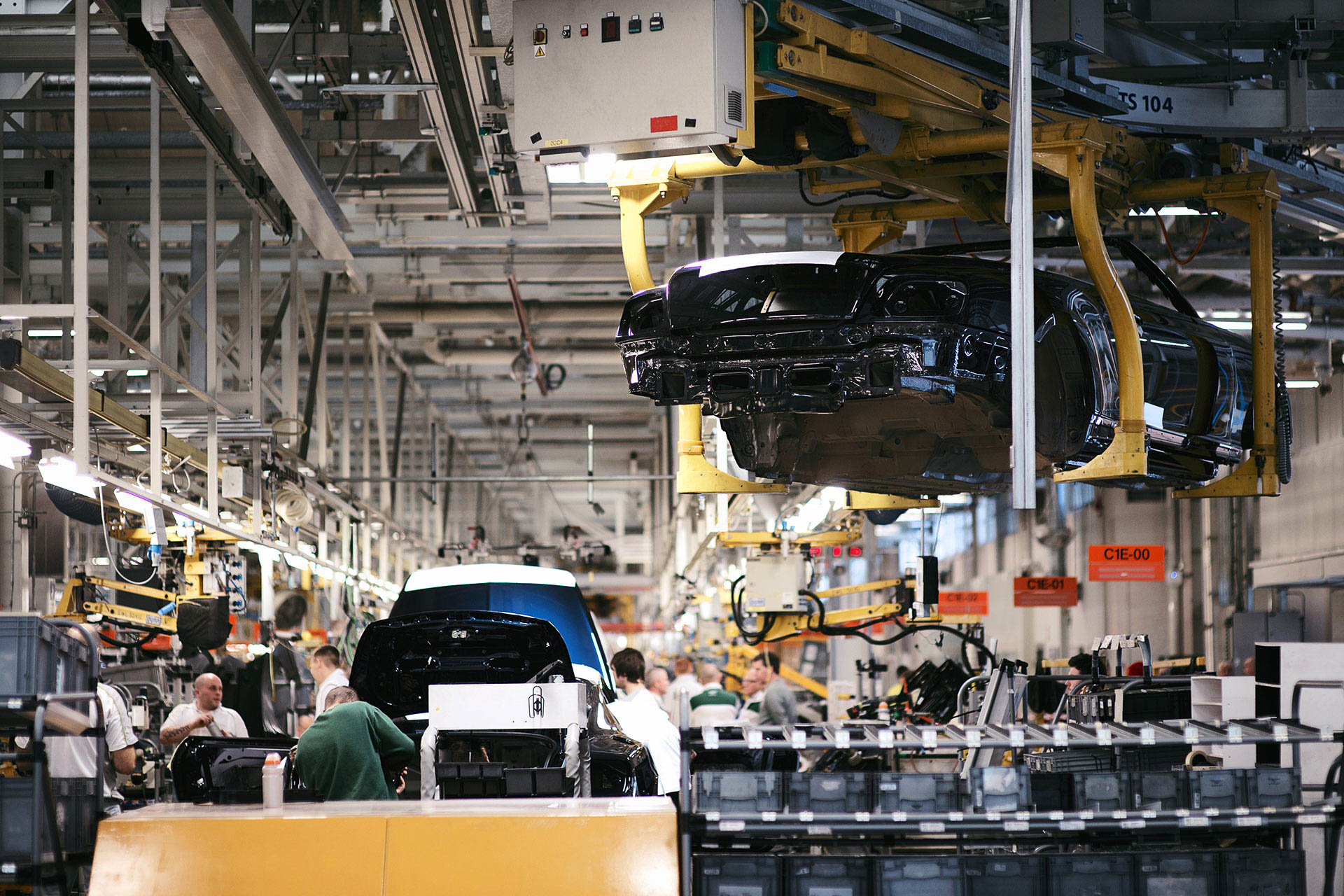 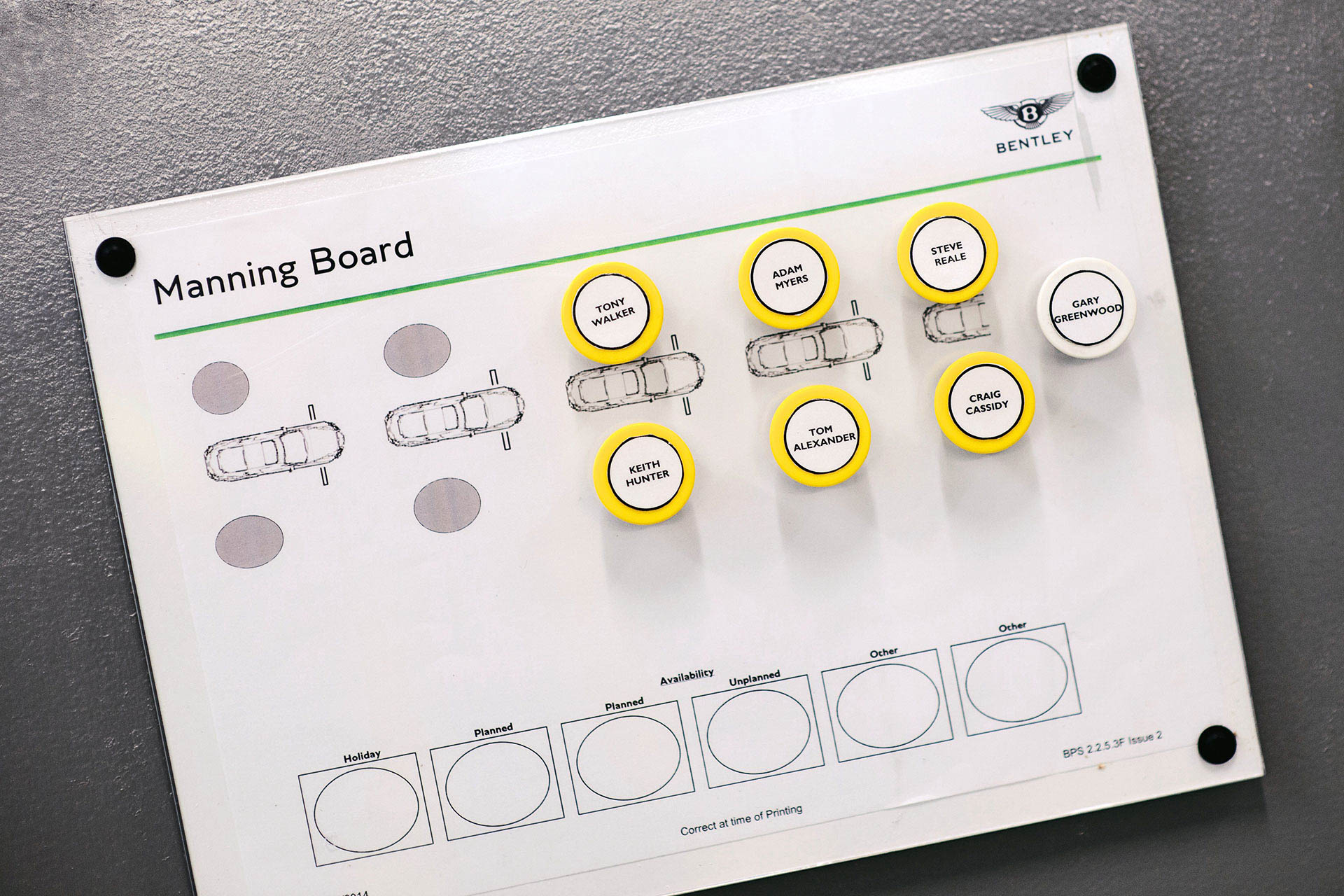 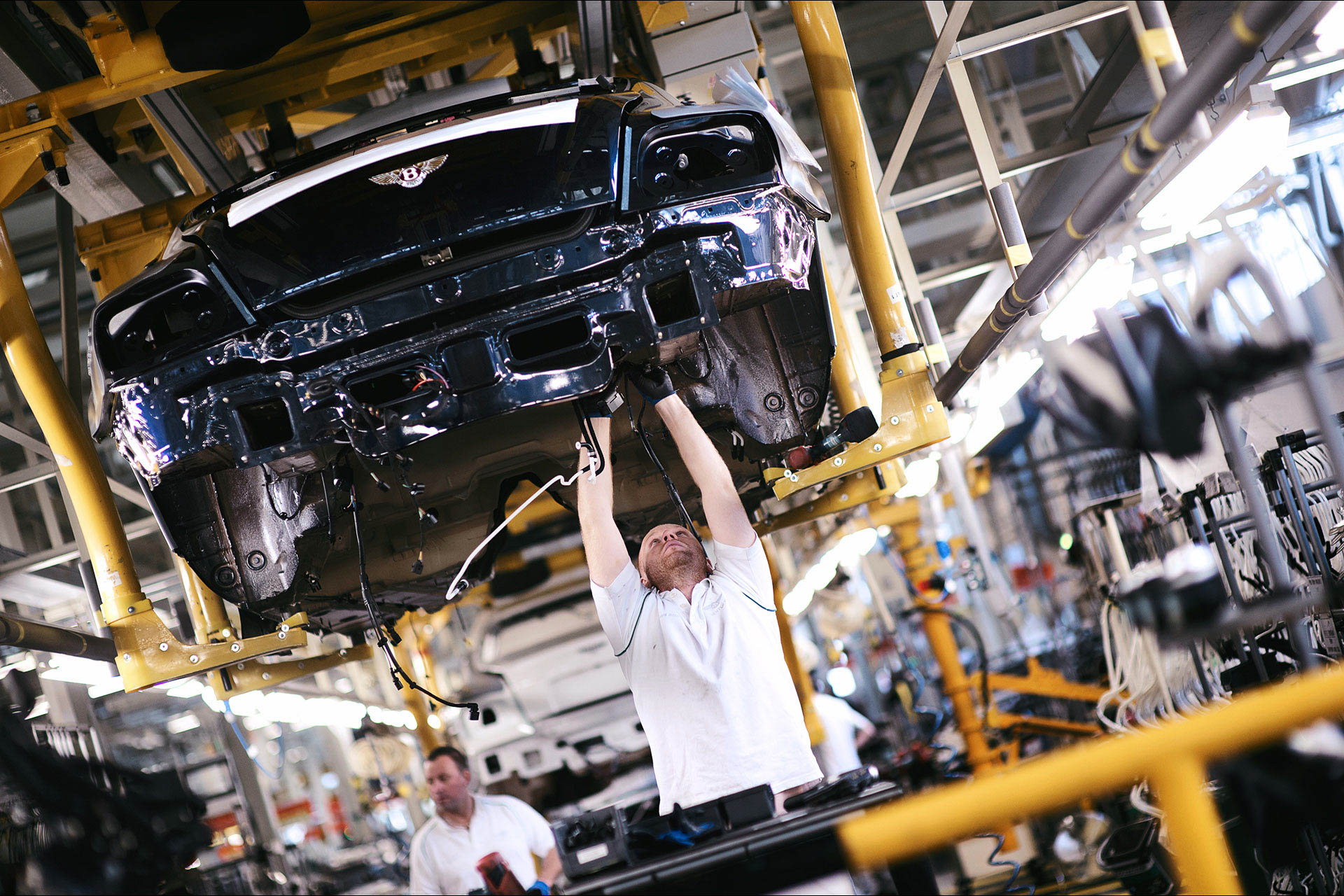 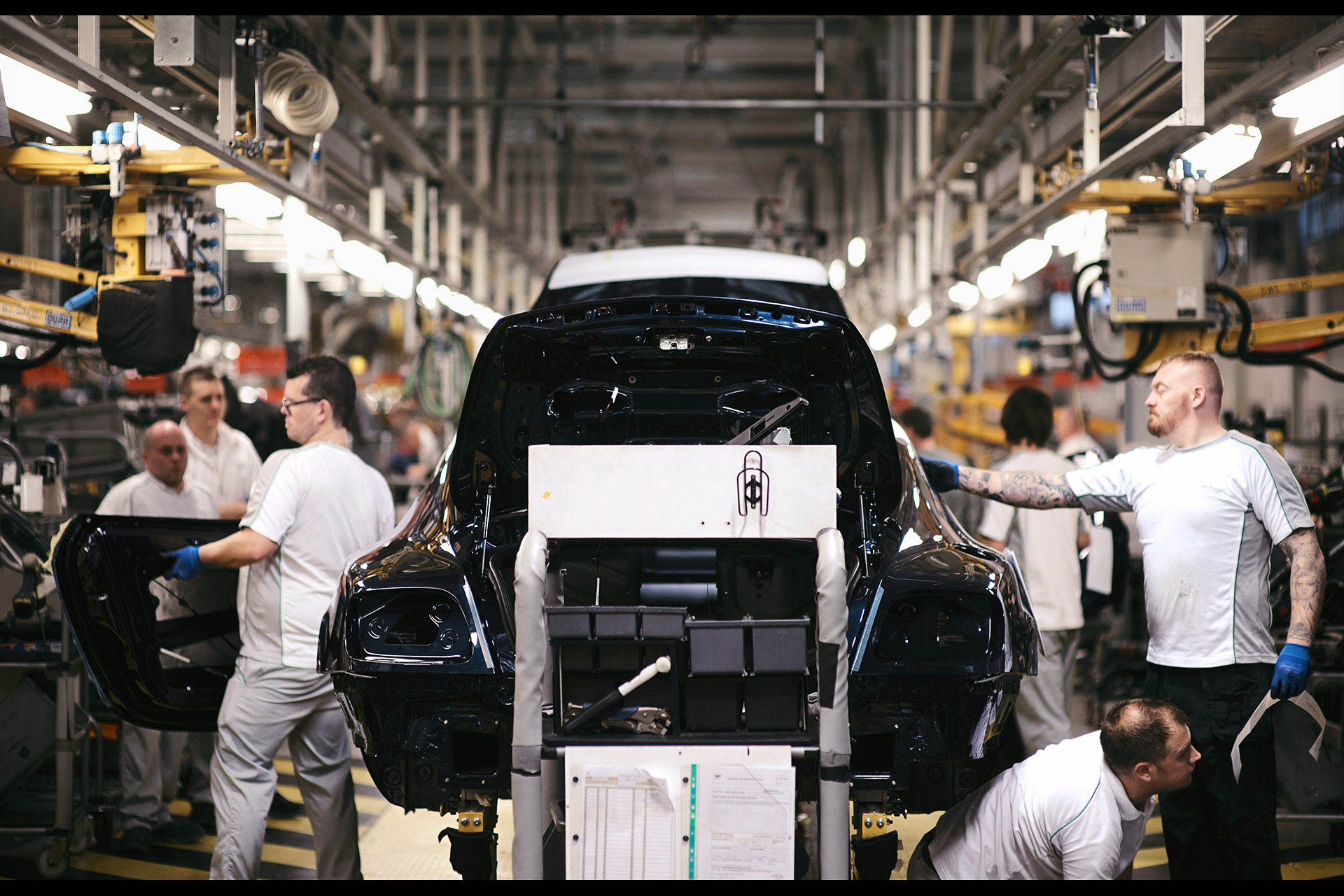 The plant employs some 4,000 people many in highly skilled jobs 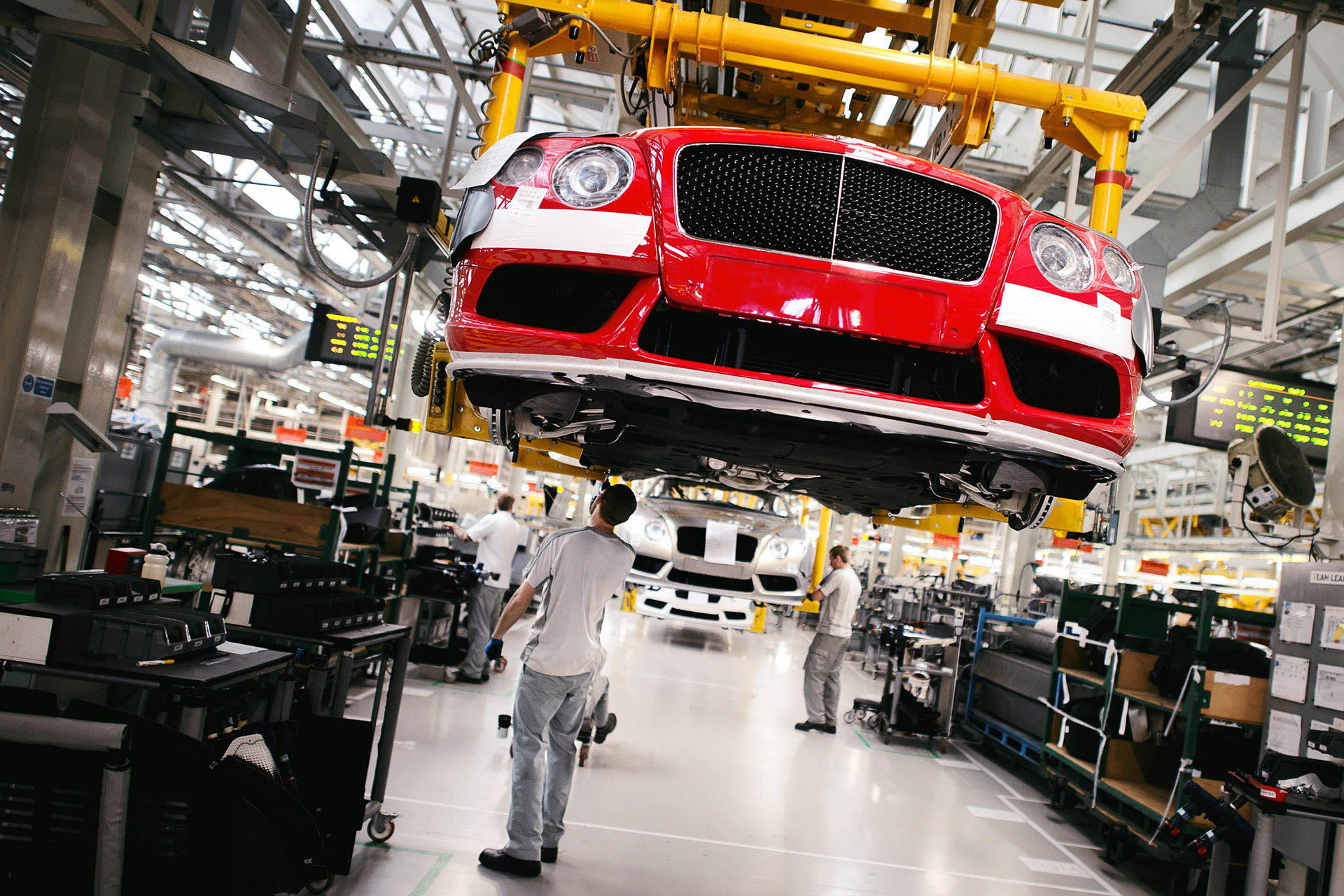 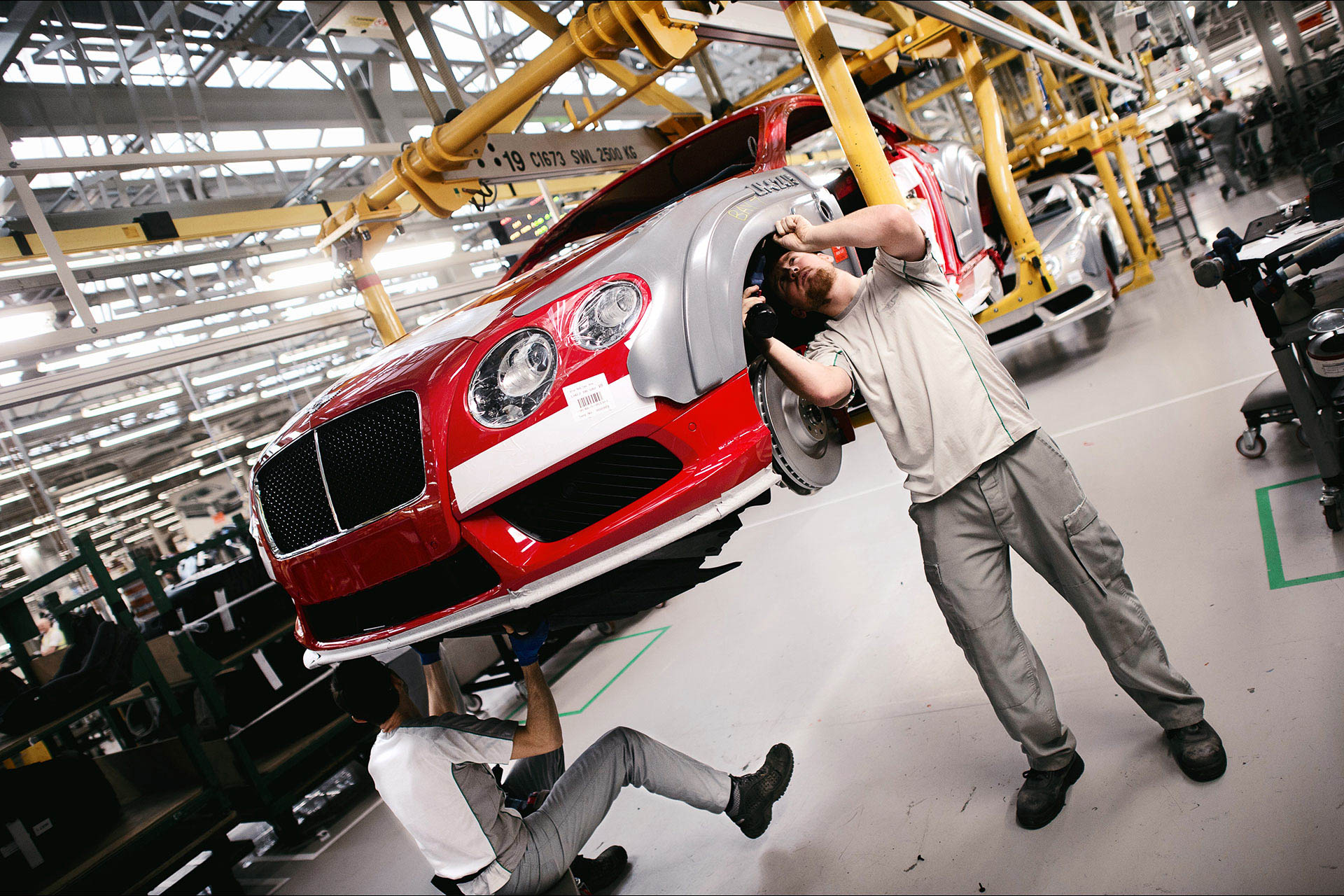 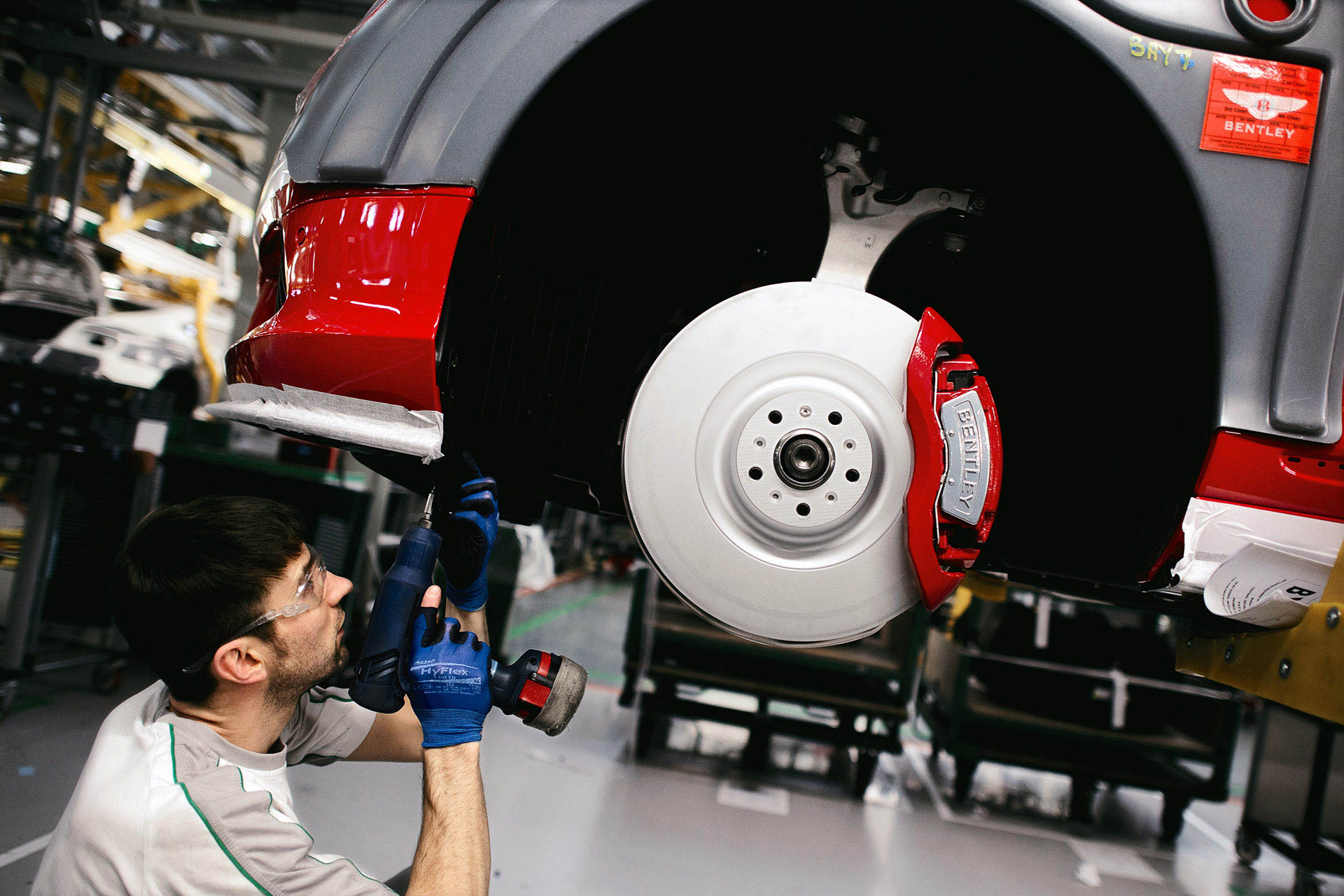 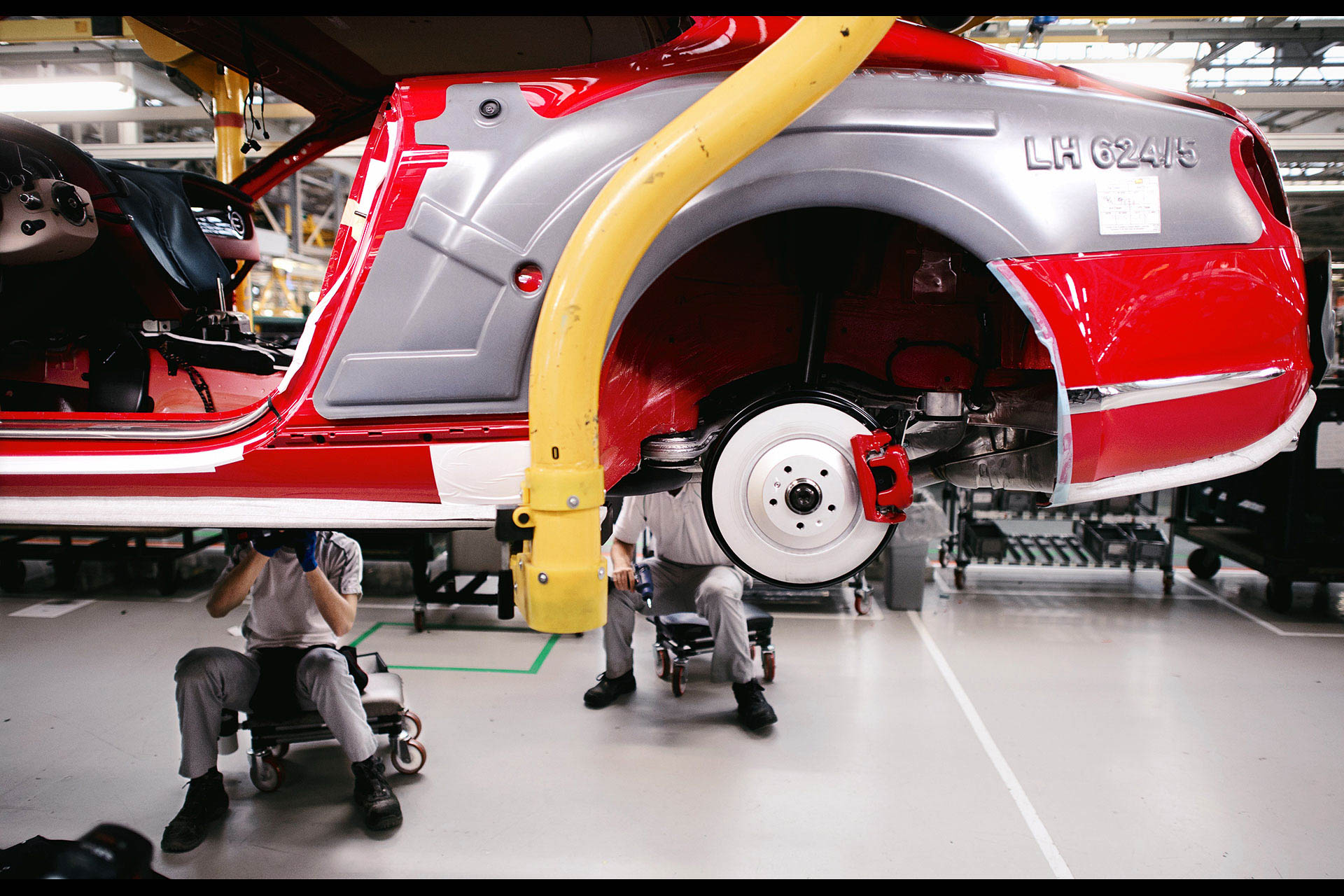 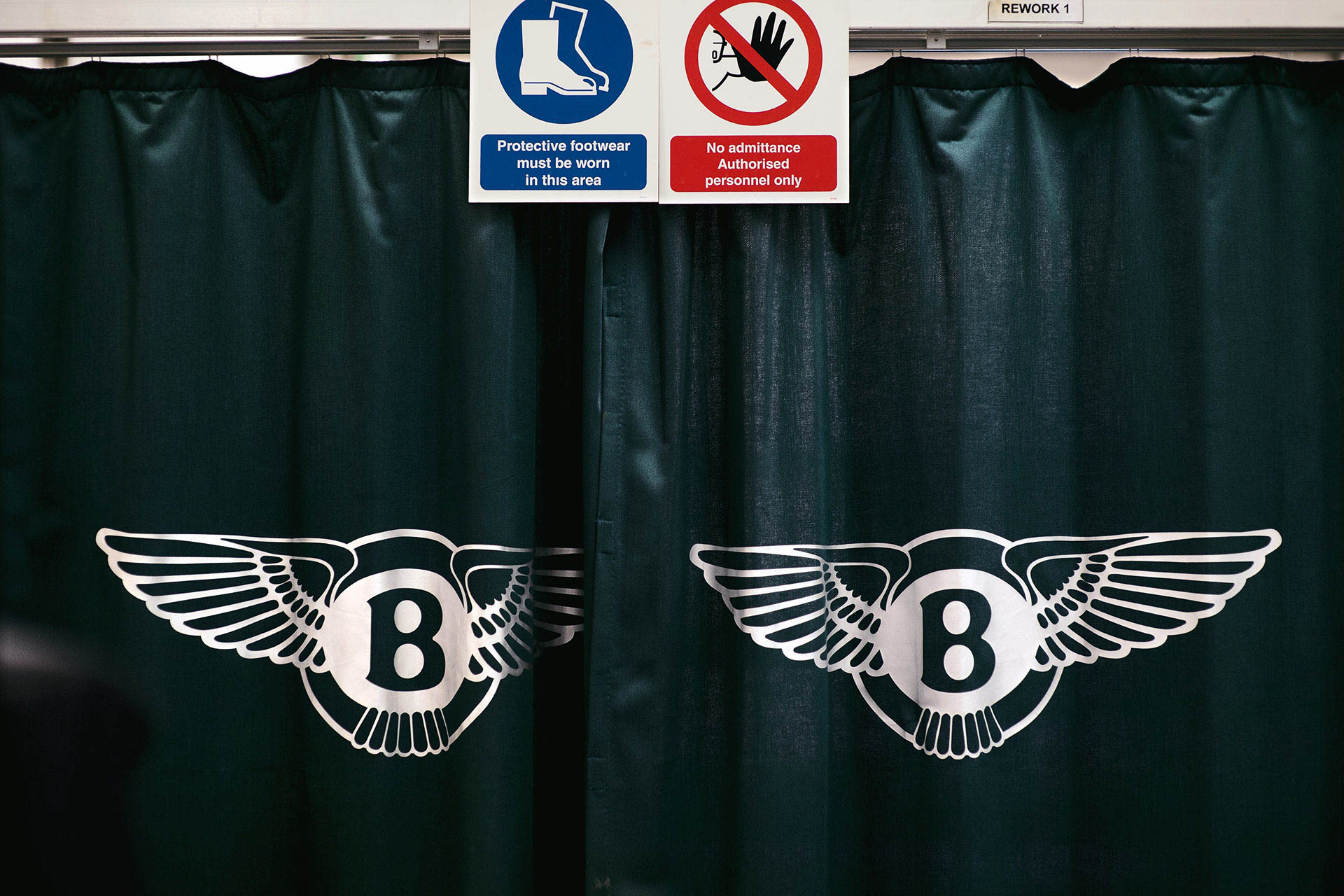 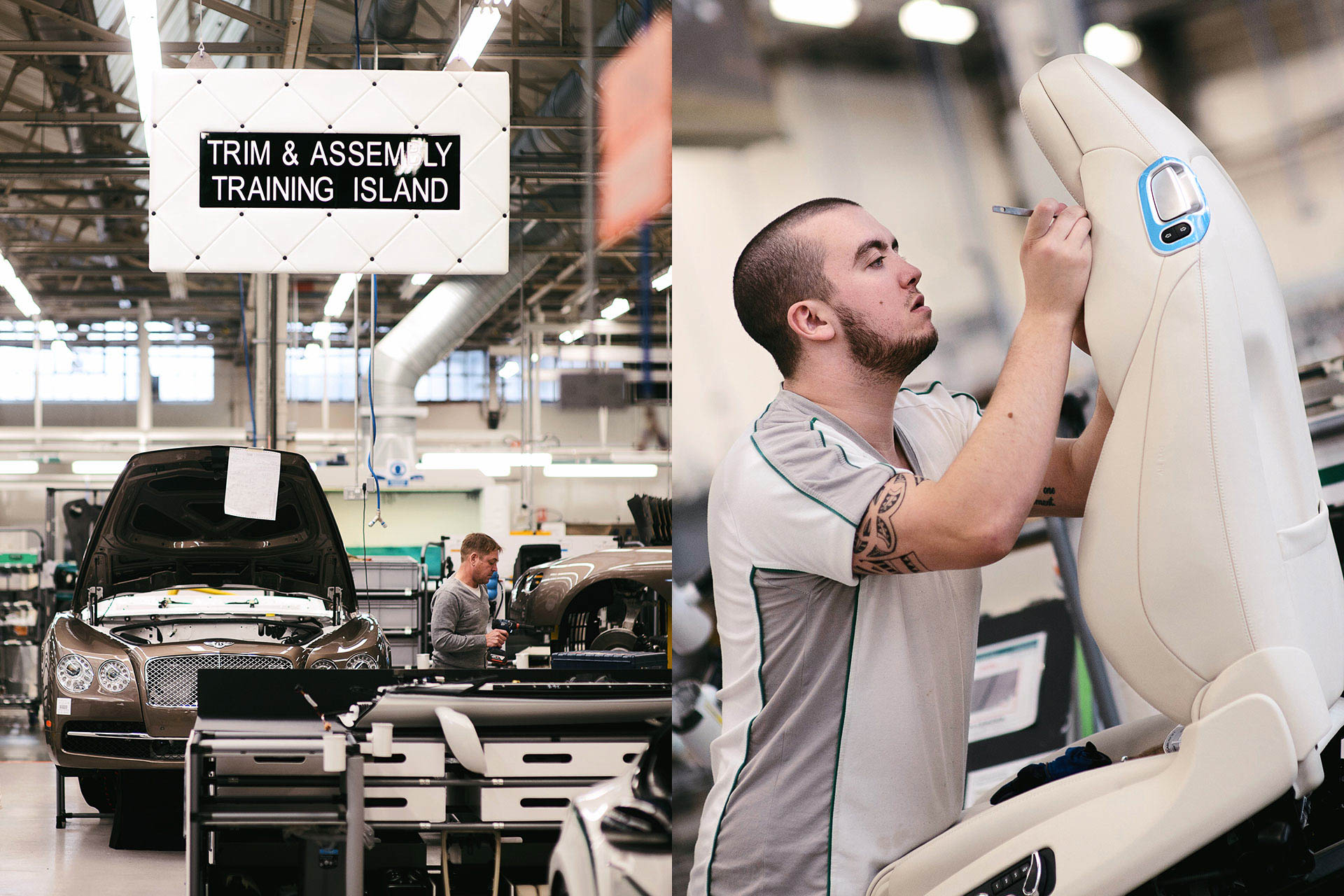 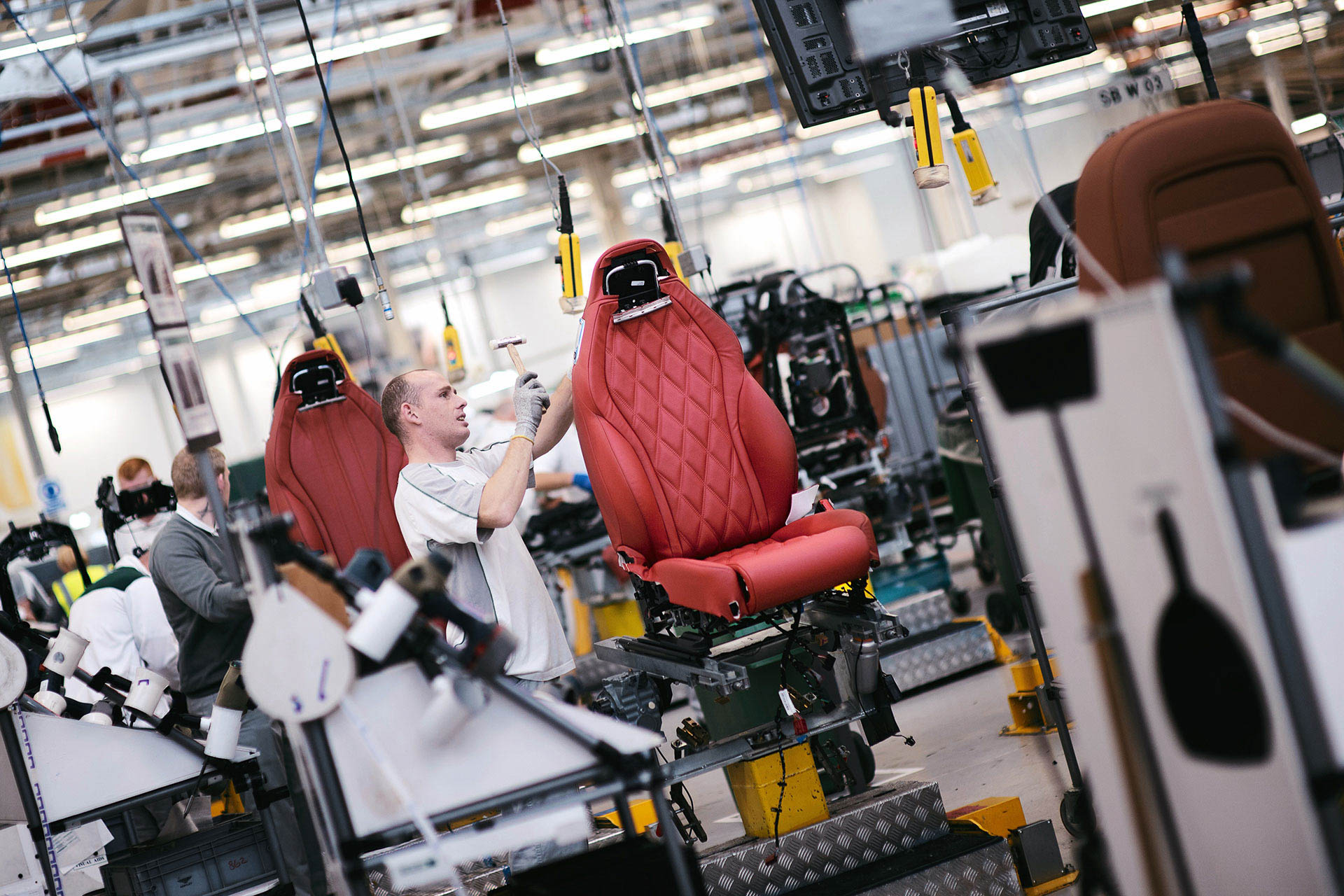 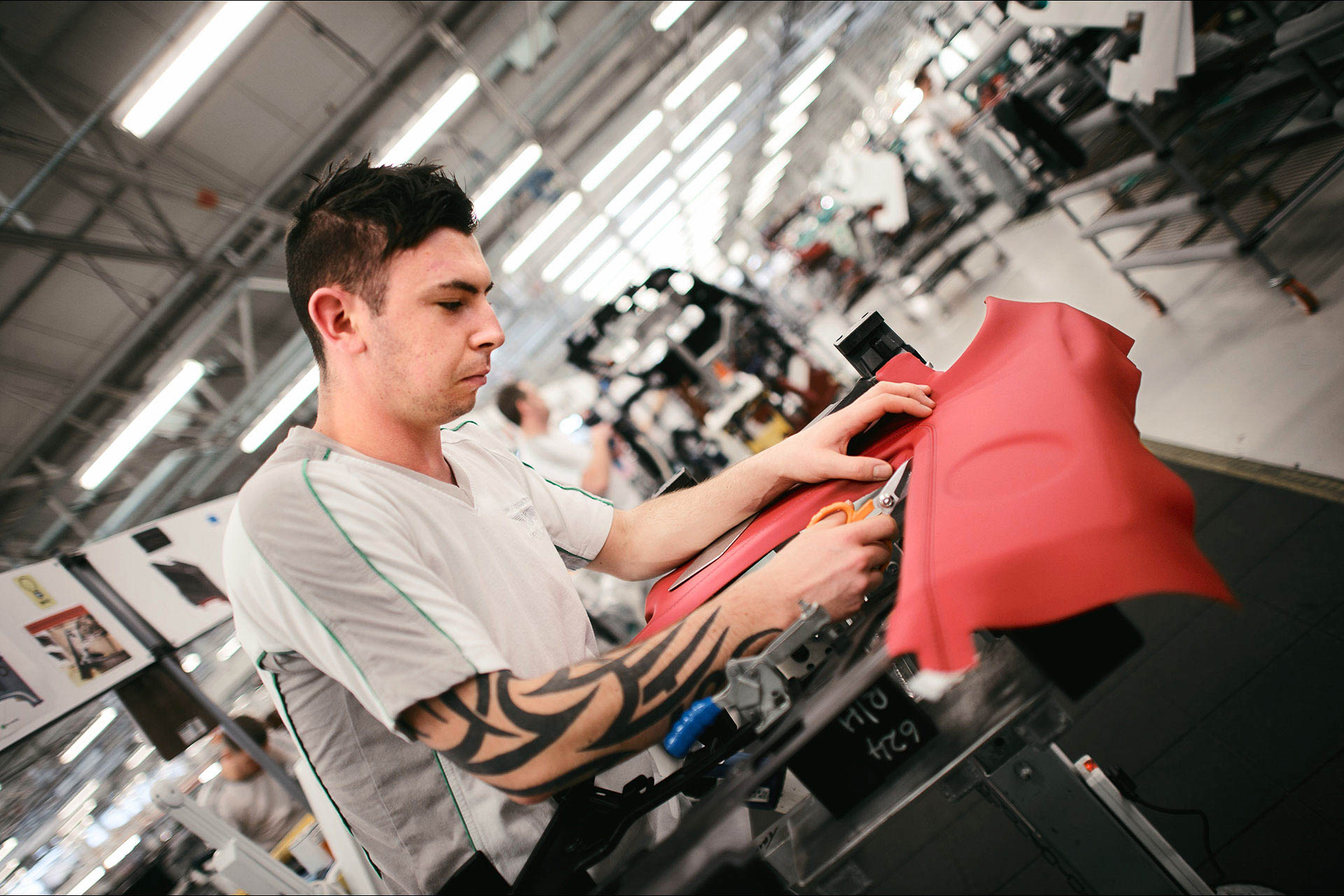 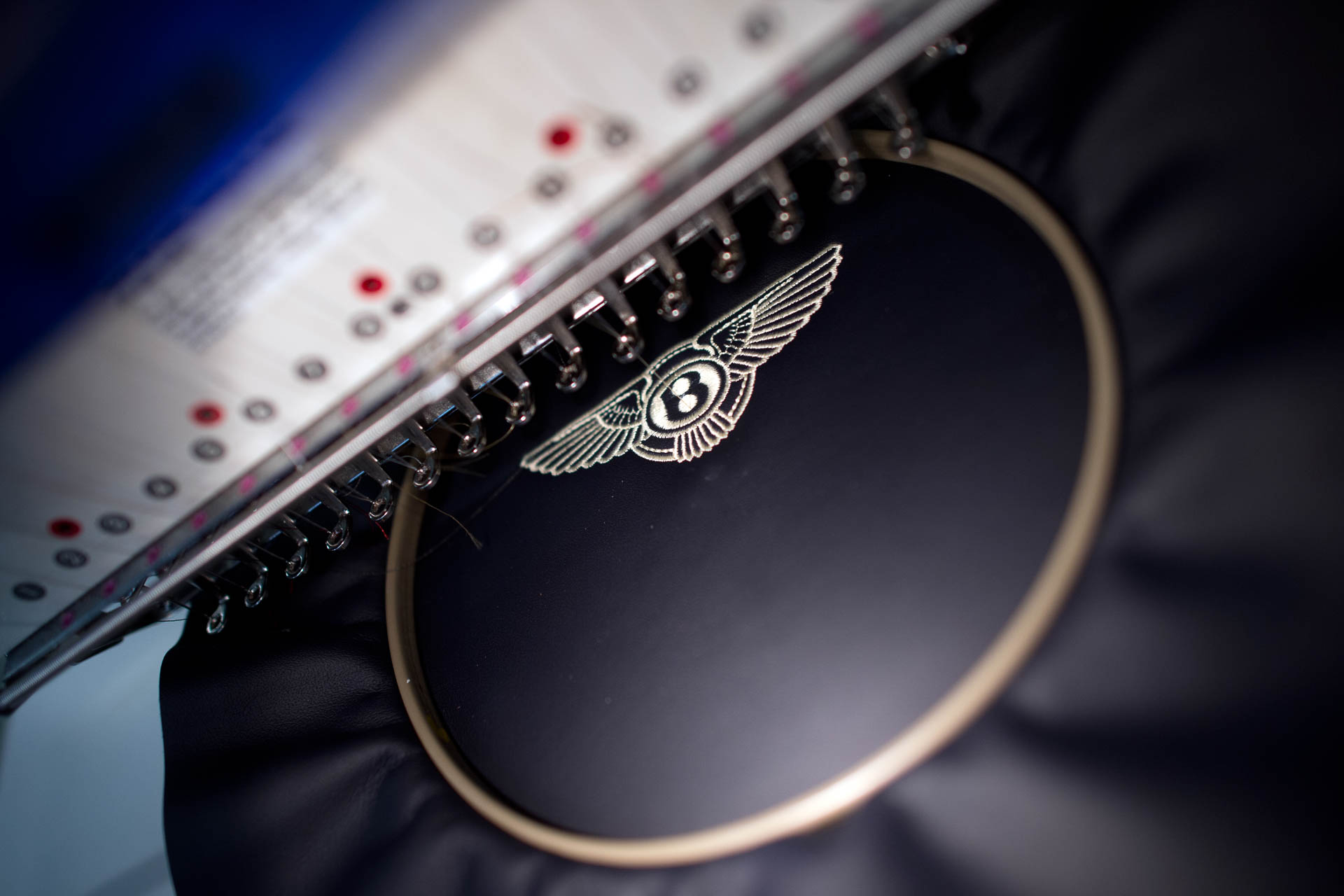 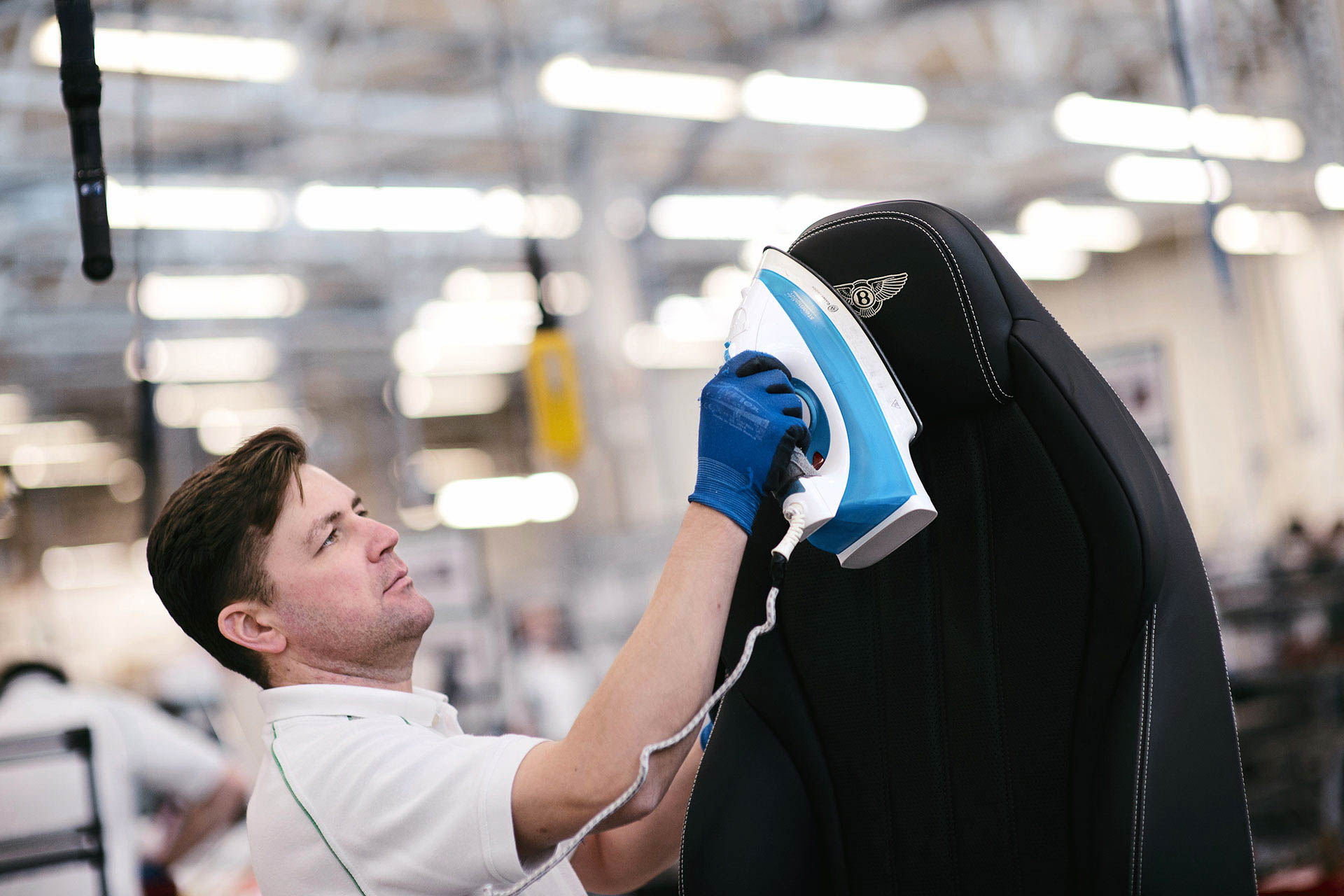 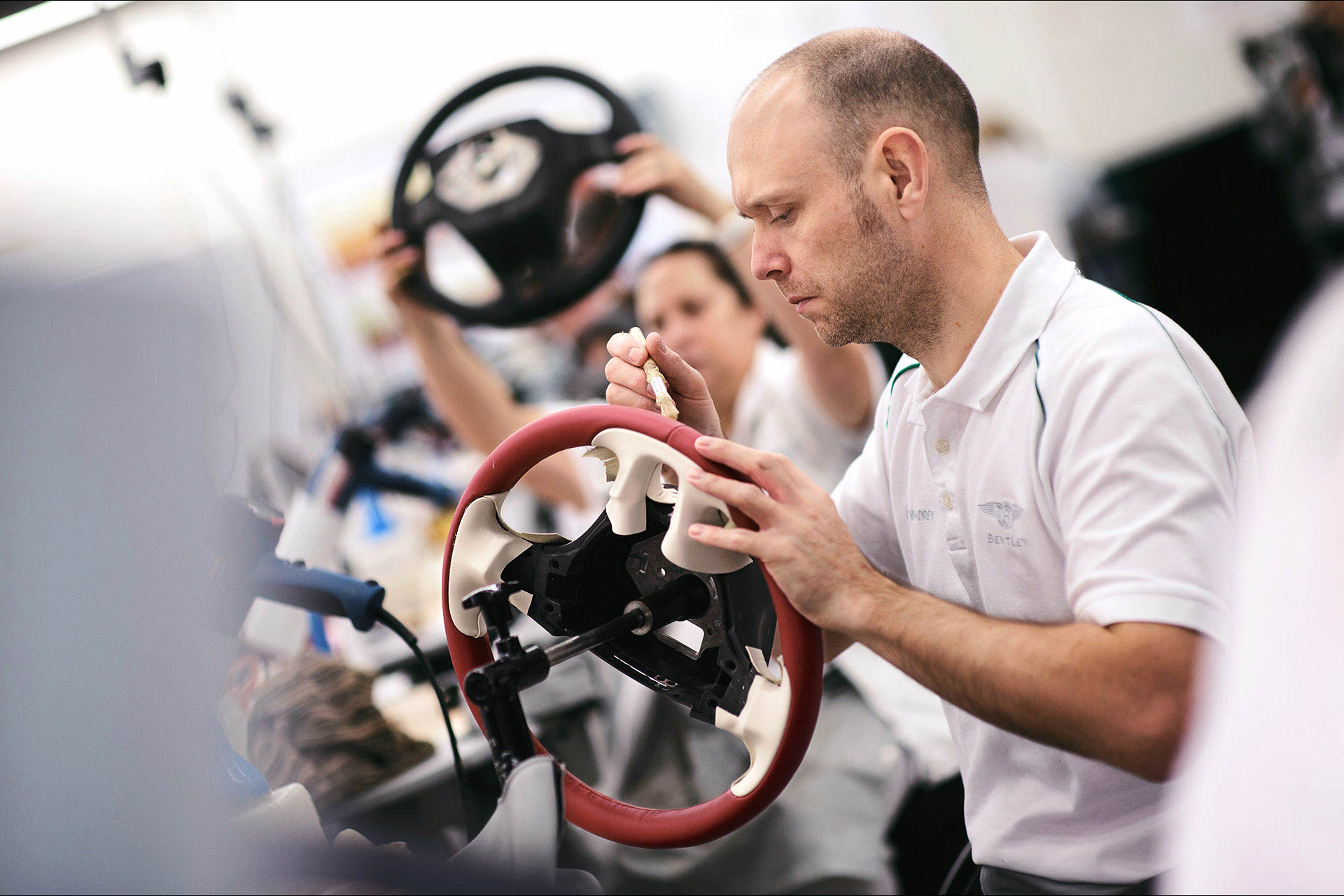 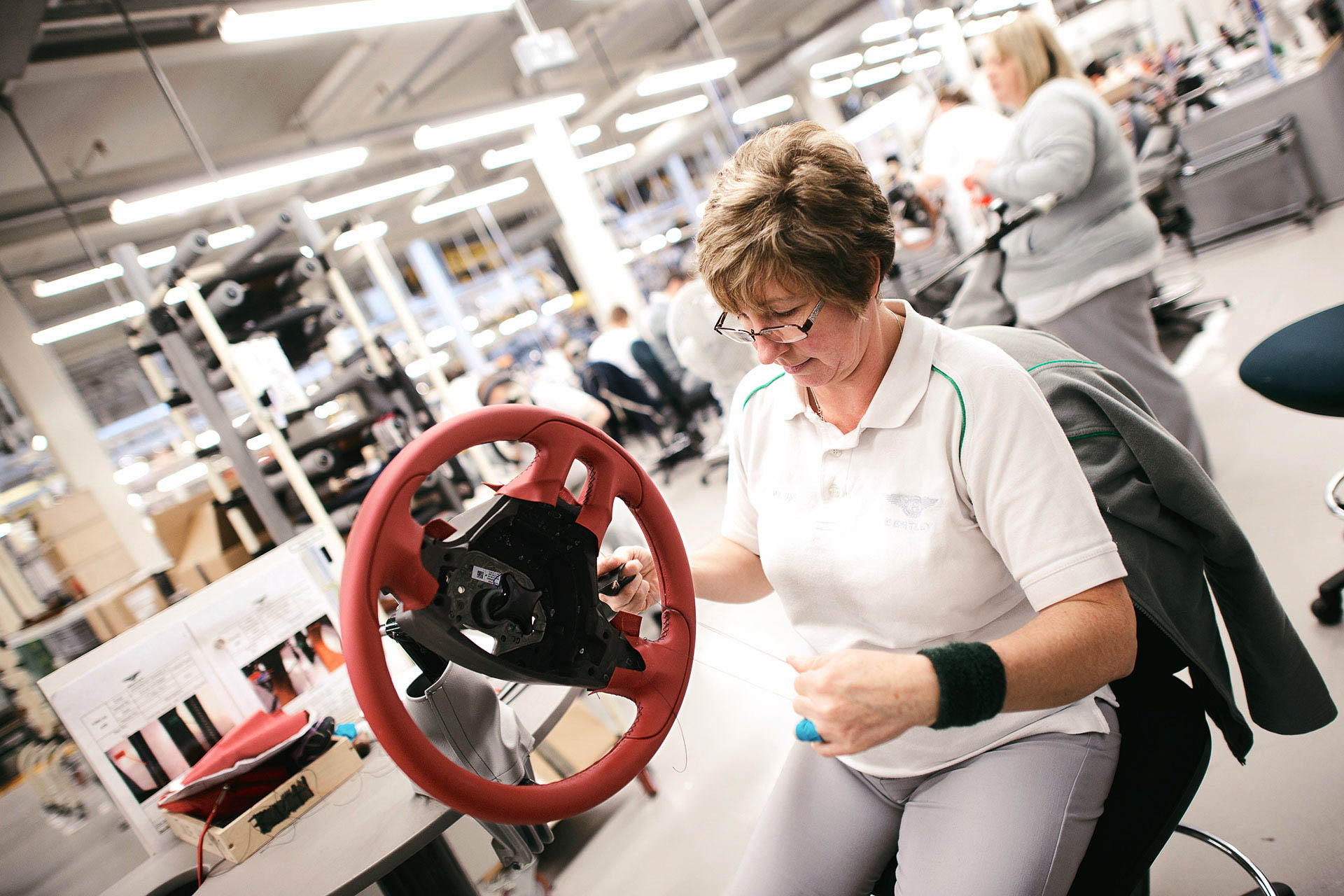 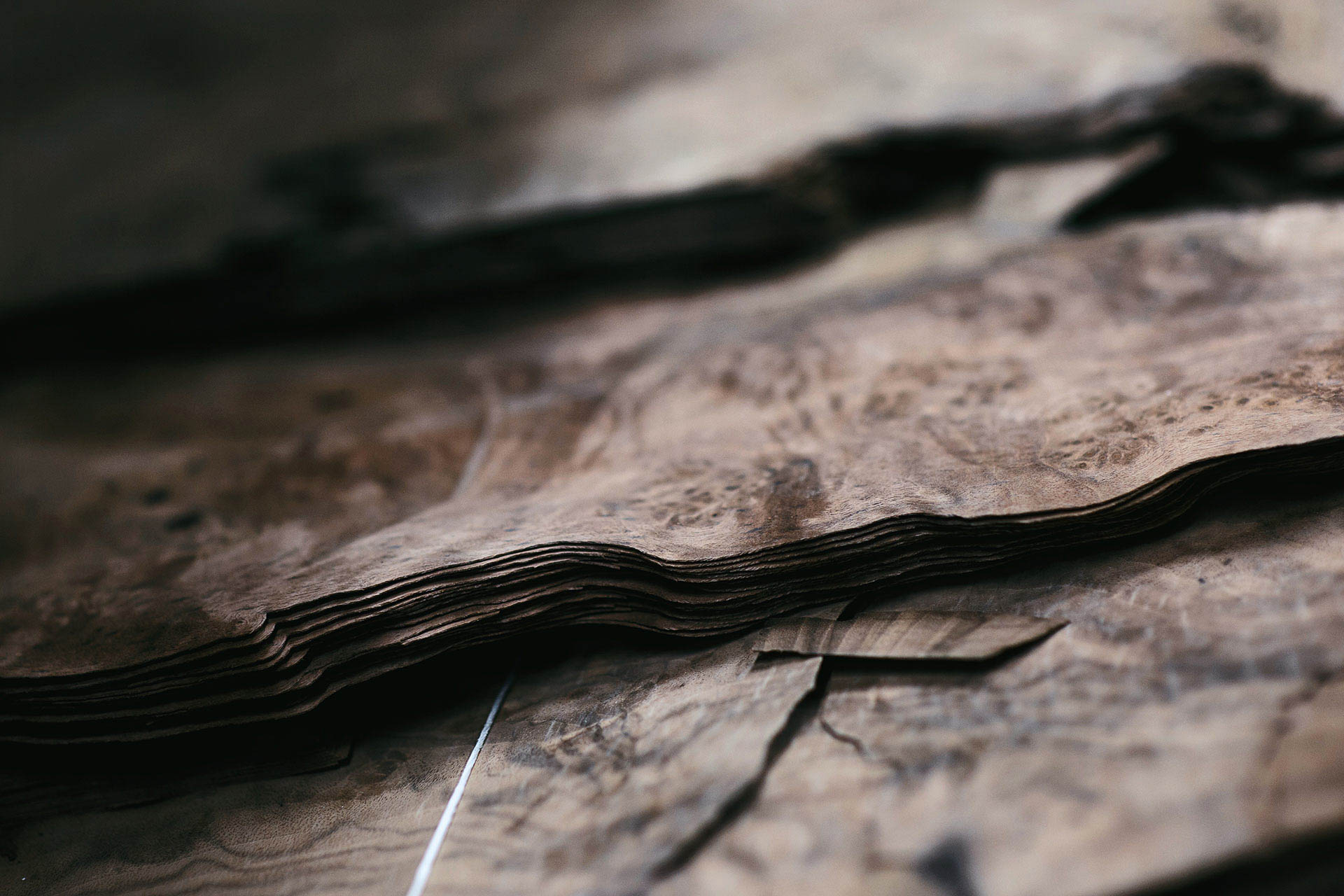 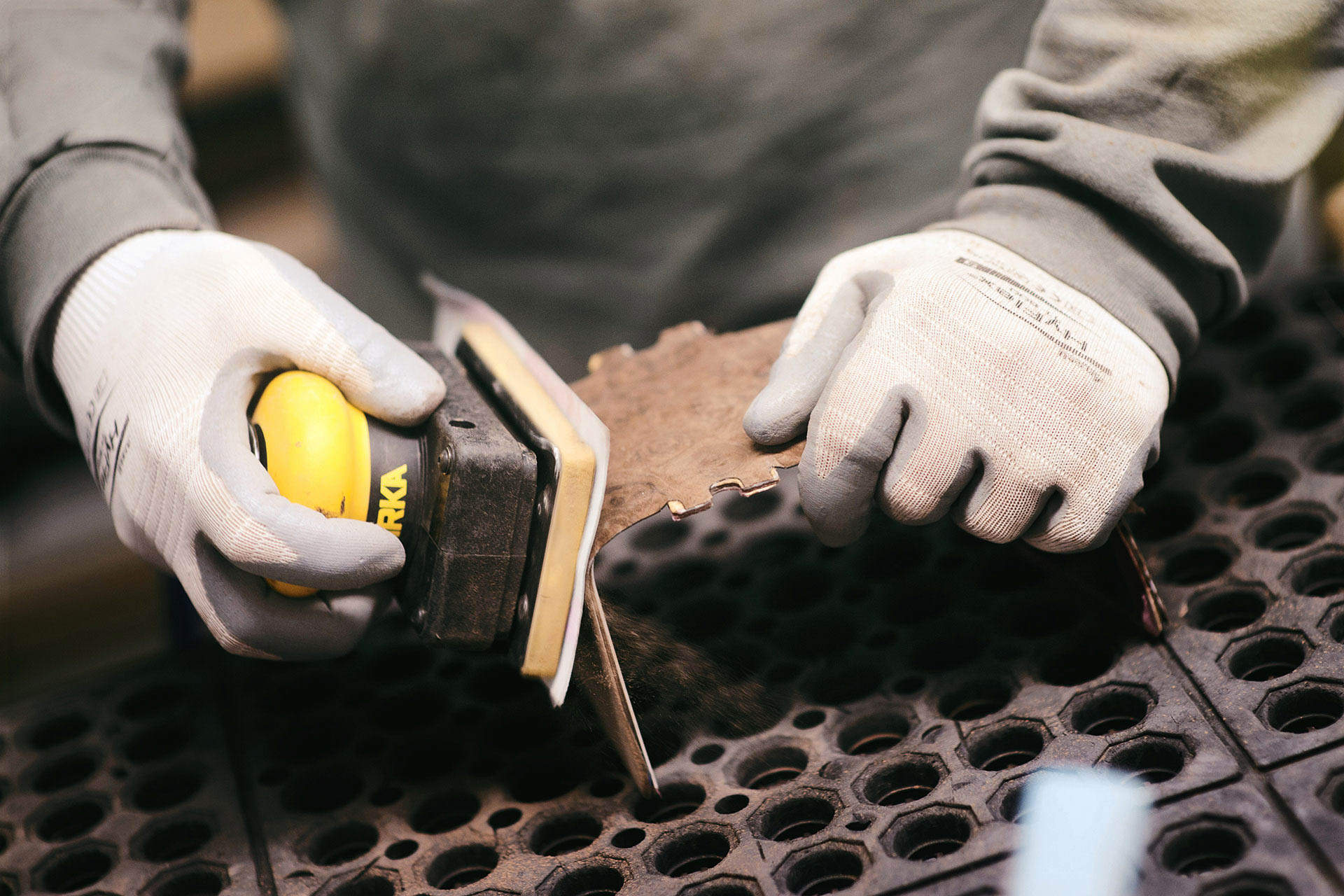 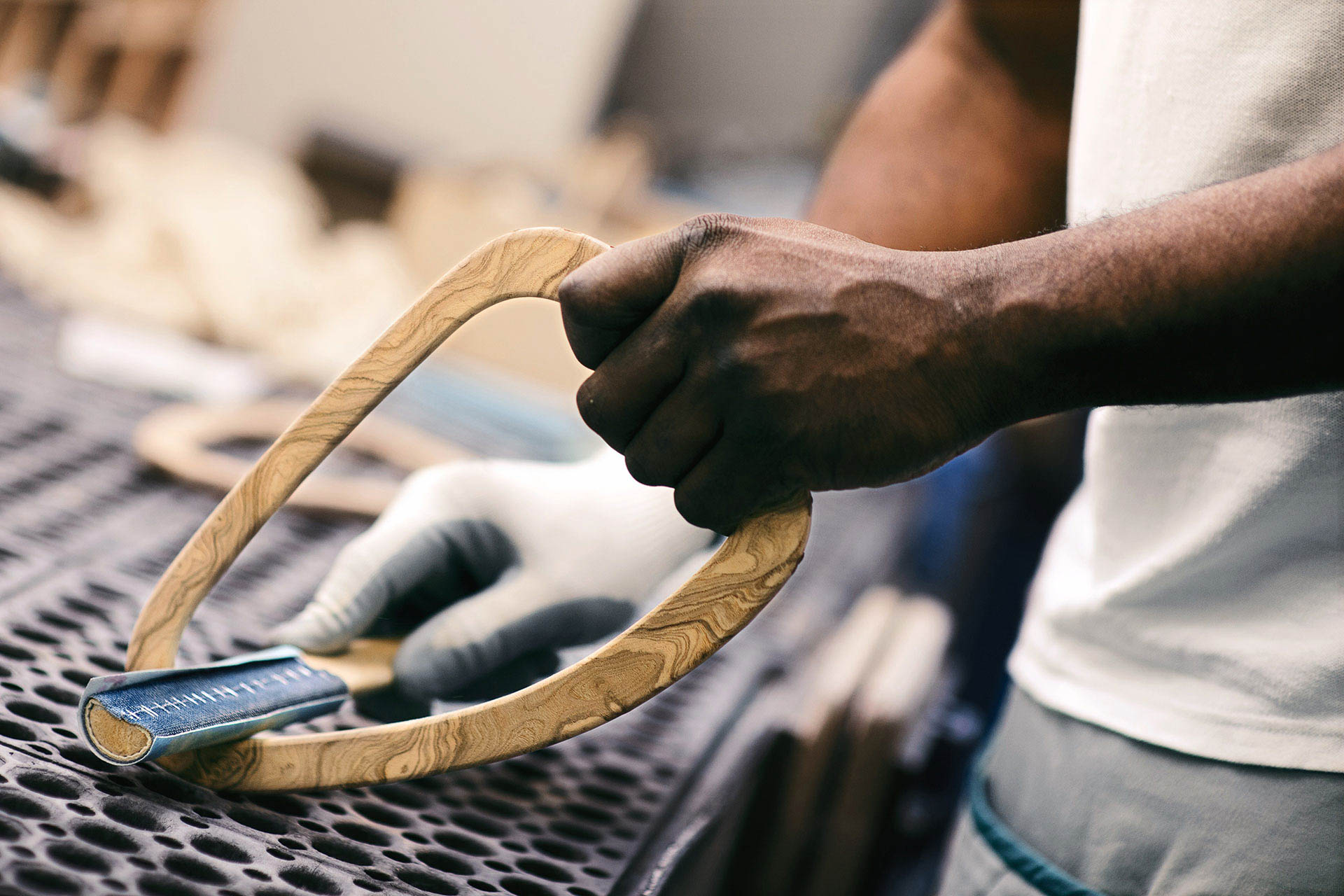 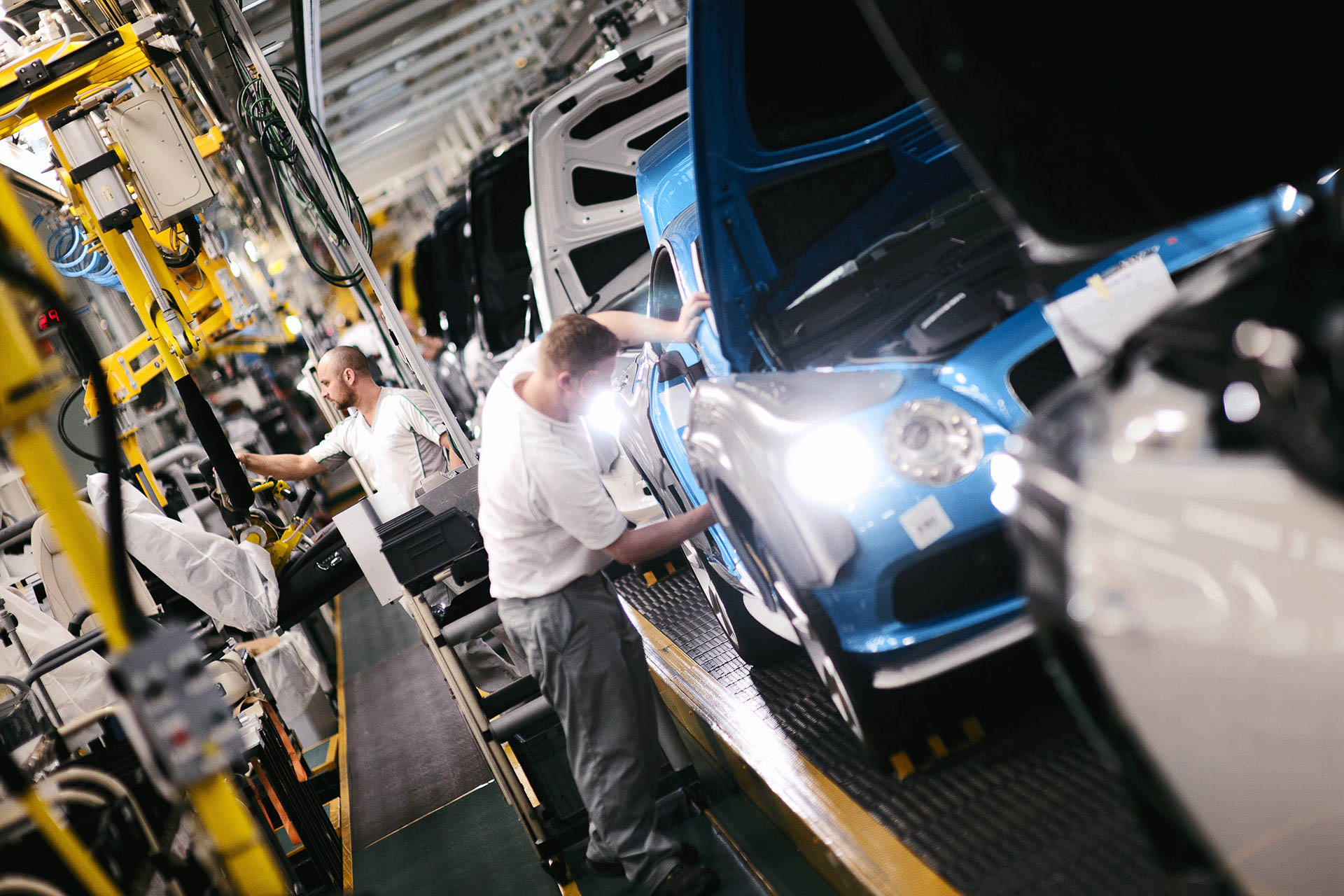 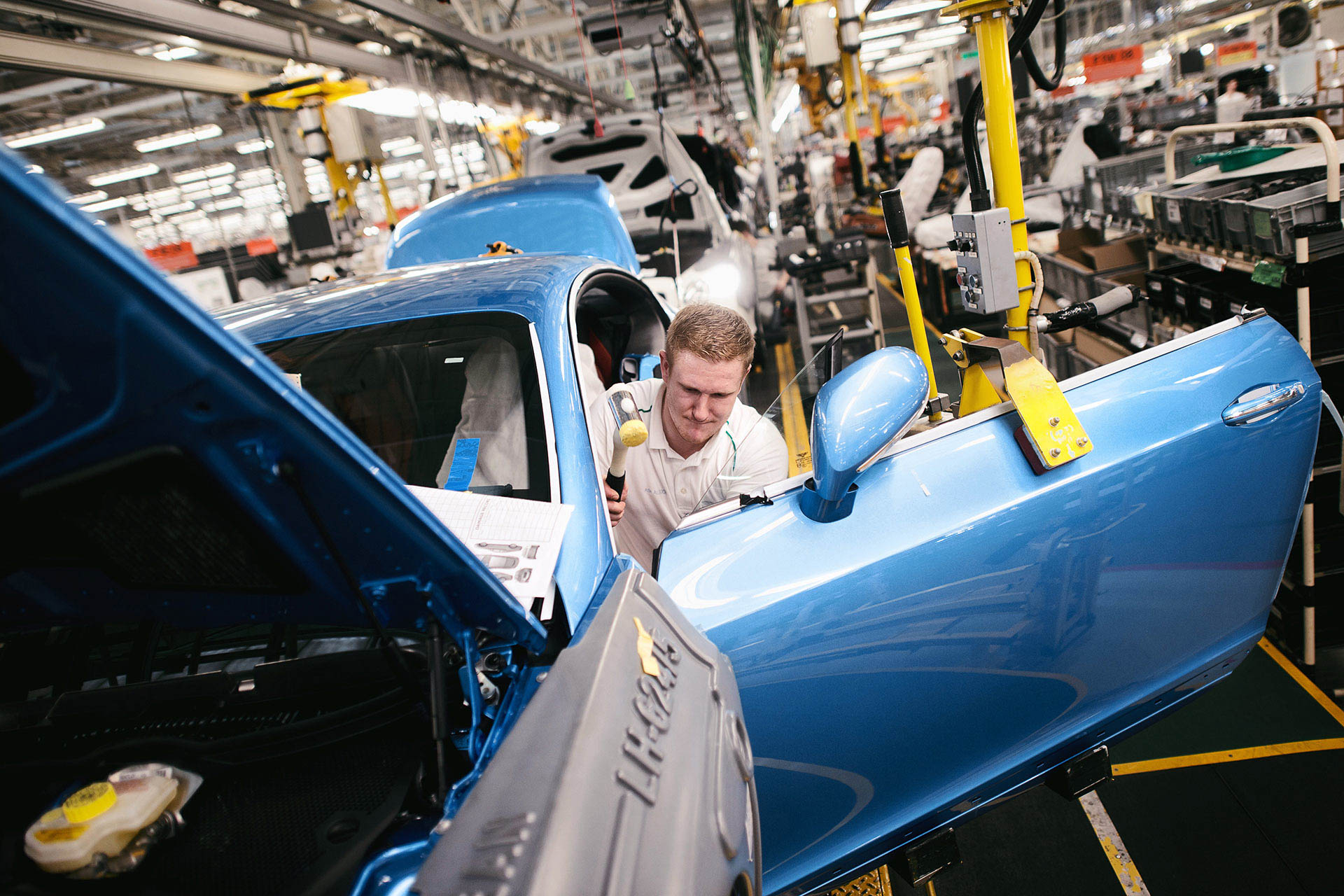 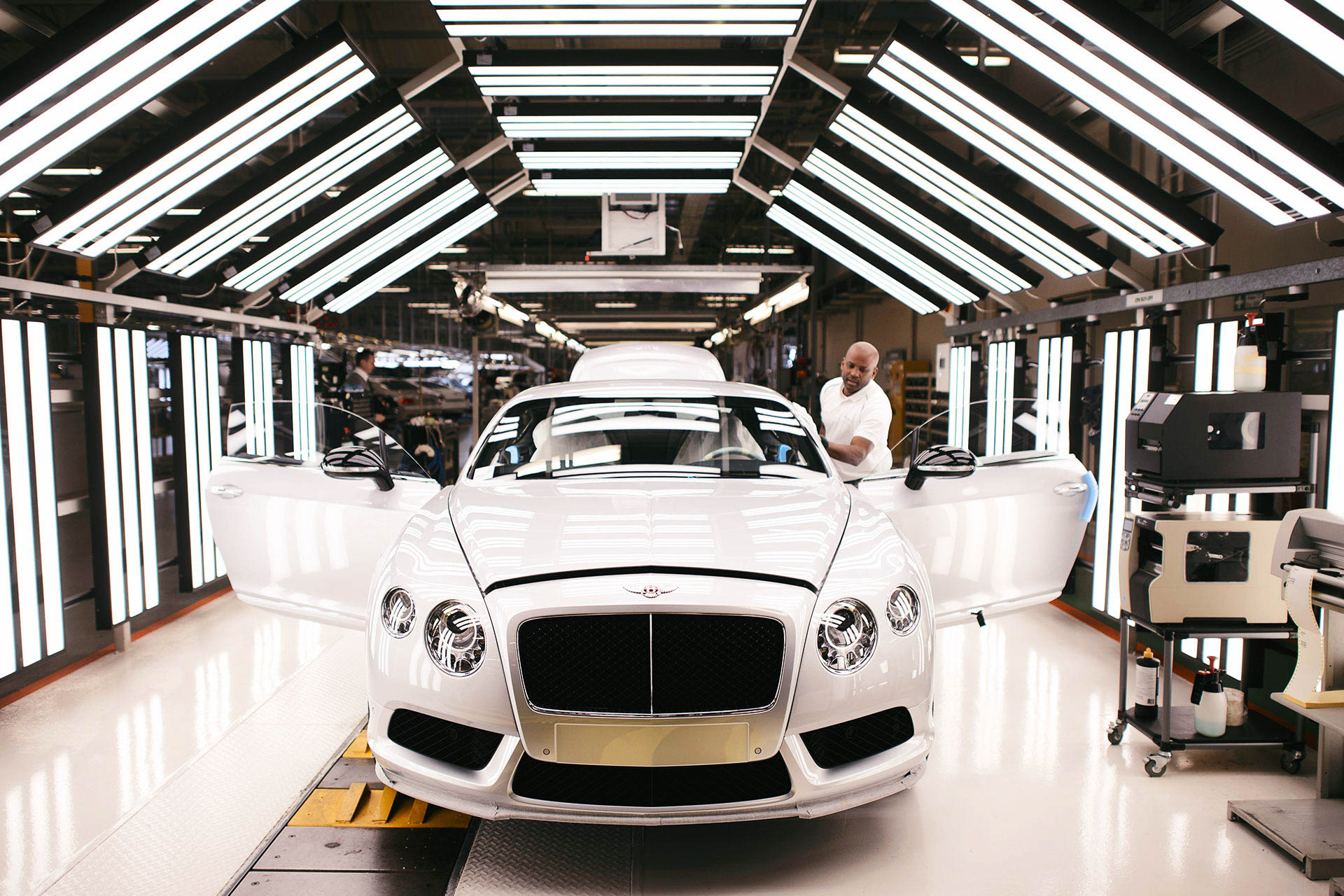 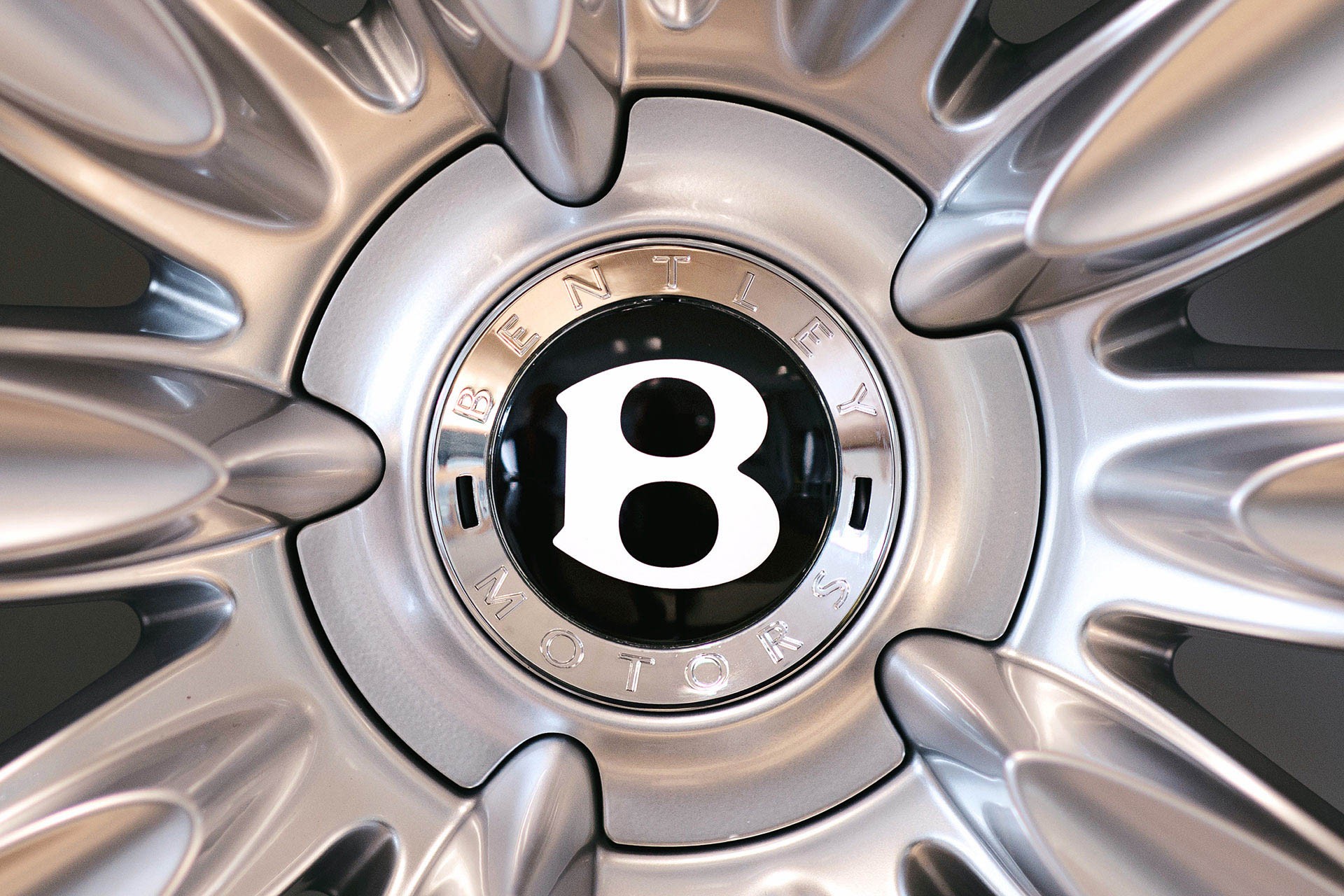 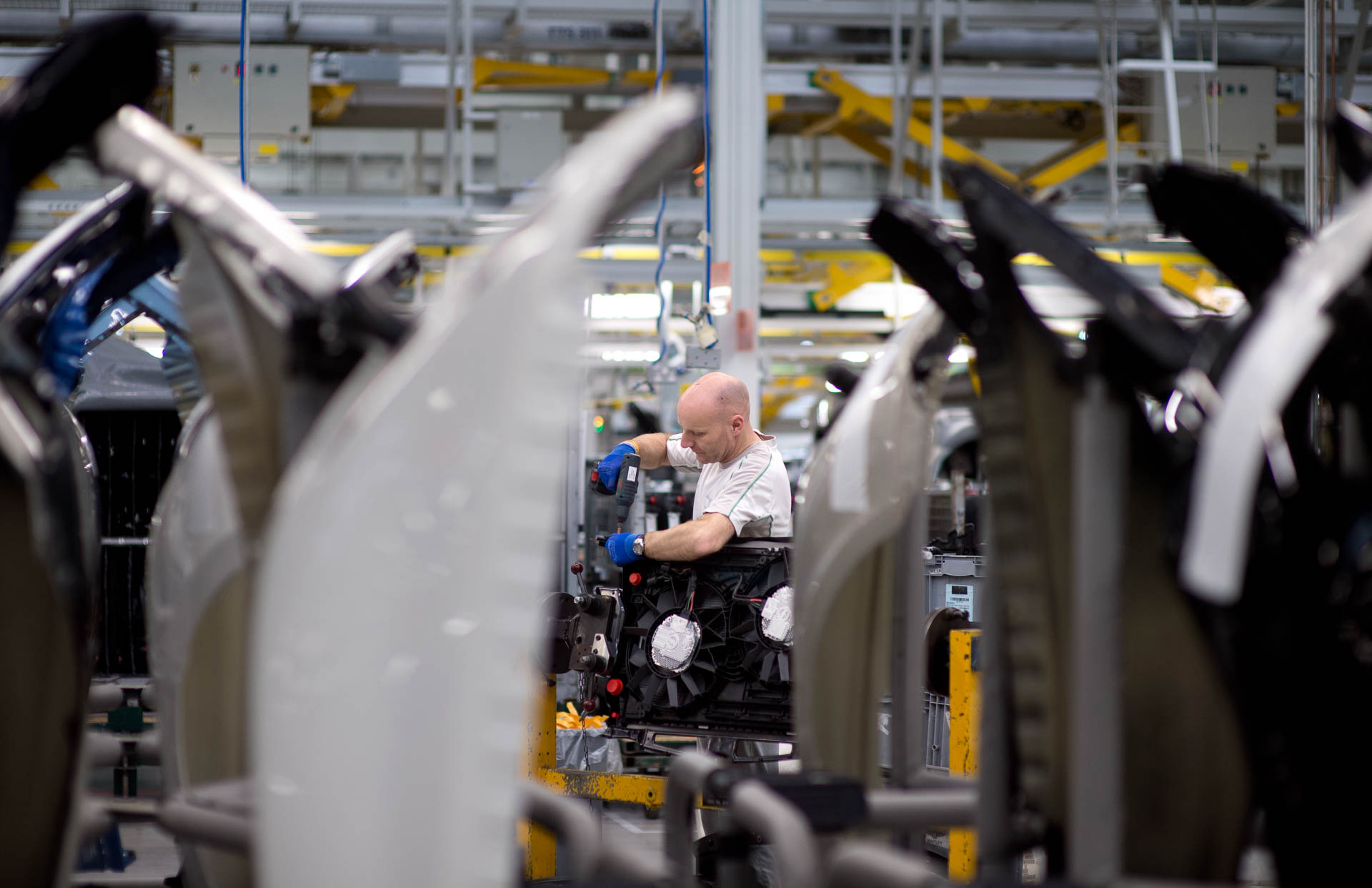 Where are the robots?

The contrast between the Bentley plant in Crewe and Volkswagen’s enormous Wolfsburg factory could not be starker. While the German plant – one of the world’s biggest car manufacturing centres – is bristling with hundreds of industrial robots, there are few to be seen in Bentley’s plant.

Just six robots are in use at Crewe, most of them in the engine section. In the body shop – where the basic steel skeleton for vehicles is constructed largely by welding components together – about 95 per cent of the work is done by hand, with robots accounting for the rest. In a conventional car plant, the proportions would be the other way round.

What lies behind the disparity? The answer is time and money. Such is the gentle pace of production at Crewe – a top-specification Mulsanne spends 90 minutes in one section of the plant before moving on to the next stage – that if robots were deployed in any numbers they would be idle most of the time. With such long “cycle times”, a robot would do just 20 seconds of work in the space of an hour and a half and spend the rest of the time waiting for its human co-workers to finish their jobs.

In spite of falling prices, robots remain expensive and it would make no sense to invest in machines that would be used so little. While many human workers have good grounds to worry about robots taking over their jobs, the same does not apply to most of the staff at Bentley.

Every part of the production process remains labour-intensive. More than 450 people work in Bentley’s leather cutting and sewing section, creating up to 4,500 individual pieces used in the seats and other fittings for a top-of-the-range vehicle. Hides are sourced from specialist farms in Northern Europe where animals are reared in what amount to luxury conditions – at least for a cow – to ensure they avoid contact with fences and other objects that could damage their skin.

Bentley offers leather in 22 standard colours but is happy to accommodate individual tastes at a price. “If a customer wants orange, we’ll make it orange,” says Gary Lanzenby, the leader of the factory’s leather operations.

The same attention to detail guides the team responsible for the wooden fittings that feature in Bentley’s interiors. To make sure it gains access to the best quality woods, Bentley flies its production experts to the US to bid for supplies of walnut or olive ash at specialist timber auctions. Leaving the job to purchasing staff divorced from the “feel” of the Bentley factory would be short sighted, the company argues.

Rise of an industry that many thought had died

A shiny new factory in Wolverhampton underlines the UK’s newfound strength in the upper echelons of car production. The plant – which opened in 2014 – is owned by Jaguar Land Rover, the Indian-owned company that has emerged as a key driving force behind the better times for the British automotive industry.

The factory – on which JLR is due to spend almost £1bn – is set to employ more than 1,400 people. It has been designated as the company’s main site for making its new Ingenium engines, made in more than 30 derivatives for fitting to a range of JLR cars.

JLR – like many of the overseas-owned companies which use Britain as a production location – concentrates on the higher price segments of the vehicle industry. Since 2008 JLR has been owned by Tata, an Indian conglomerate.

About £2.5bn was invested in the UK car sector in 2015, according to the Society of Motor Manufacturers and Traders, which estimates that Britain’s annual output of cars could touch its early 1970s peak of 2m by 2020.

In 2009 – immediately after the financial crisis and after a long period where the UK industry had lost ground considerably compared to other countries – output was just 1.1m.

According to Garel Rhys, a veteran industry watcher, the sector’s “renaissance” indicates how British manufacturing as a whole has reinvented itself to make more design-intensive, higher-value products.

“It shows how unwise it is to write off an industry,” says Prof Rhys, former director of the Centre for Automotive Industry Research at Cardiff Business School.