Jane ni Dhulchaointigh, chief executive, started Sugru after being asked to devise an “imaginary material” as part of her studies at the Royal College of Art 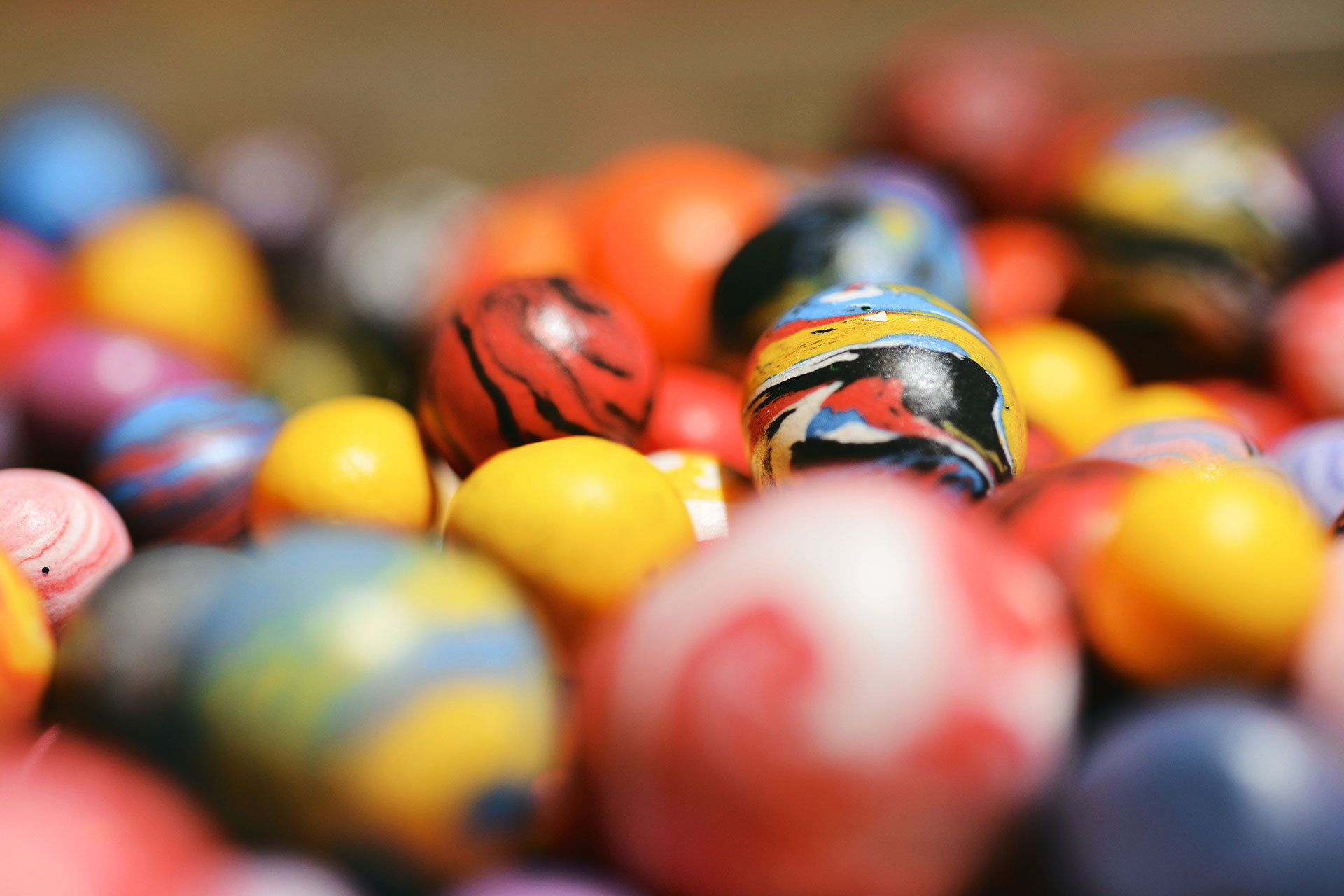 Sugru’s brightly coloured “putty” can be used in a variety of jobs, from building electronics kits to mending wheelchairs

The company has a strong following in the “maker movement” – a community of people creating products in short runs, often in small workshops 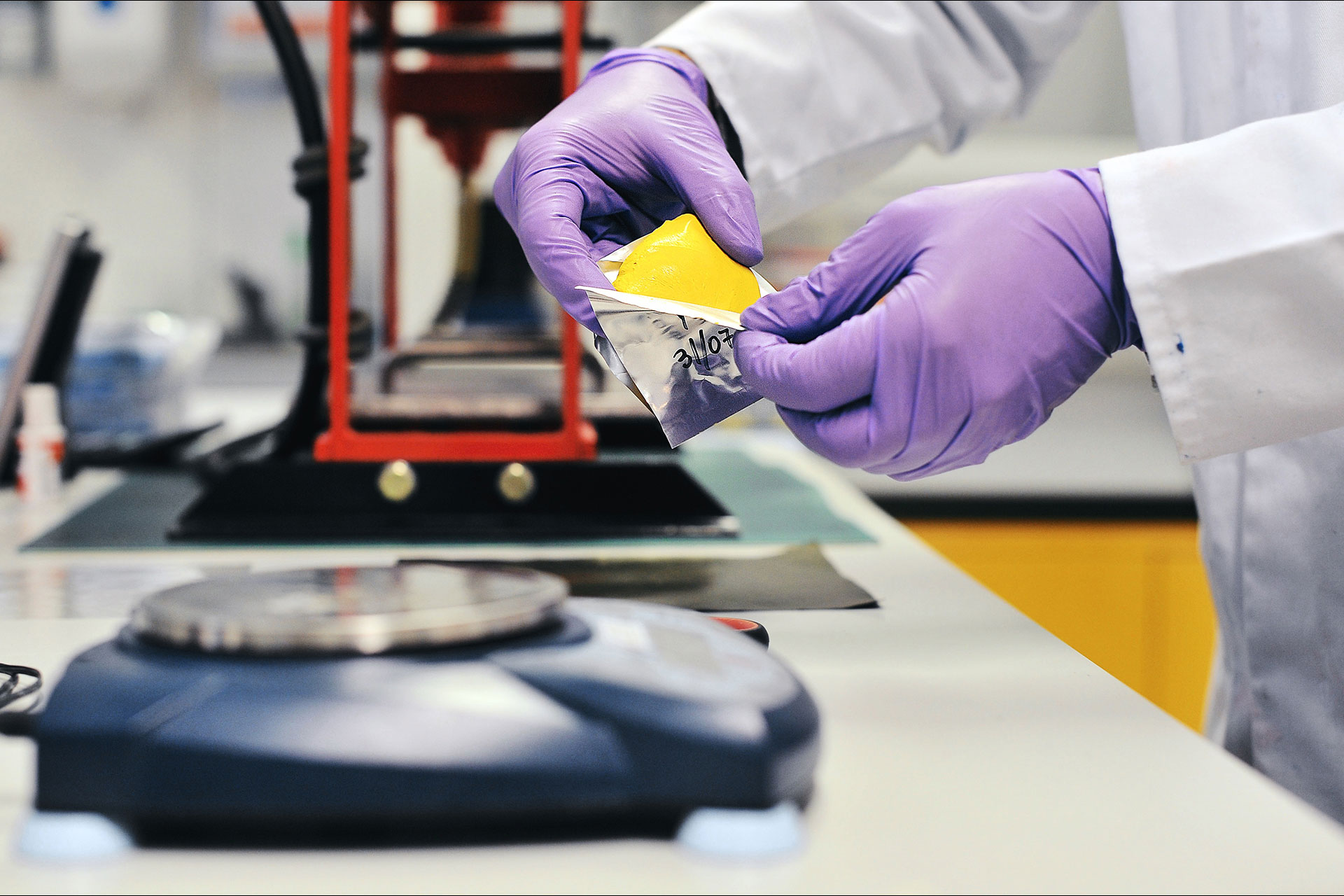 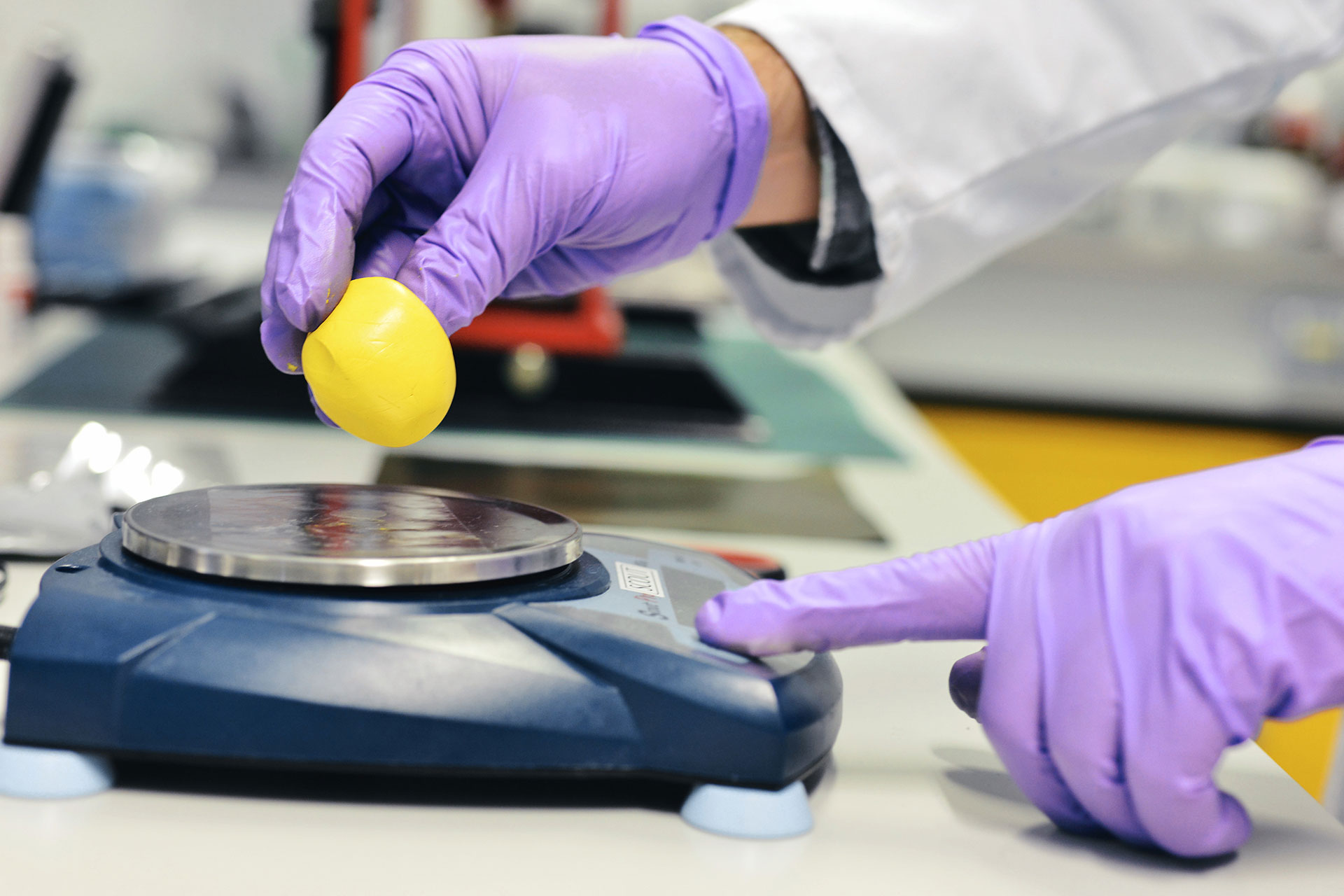 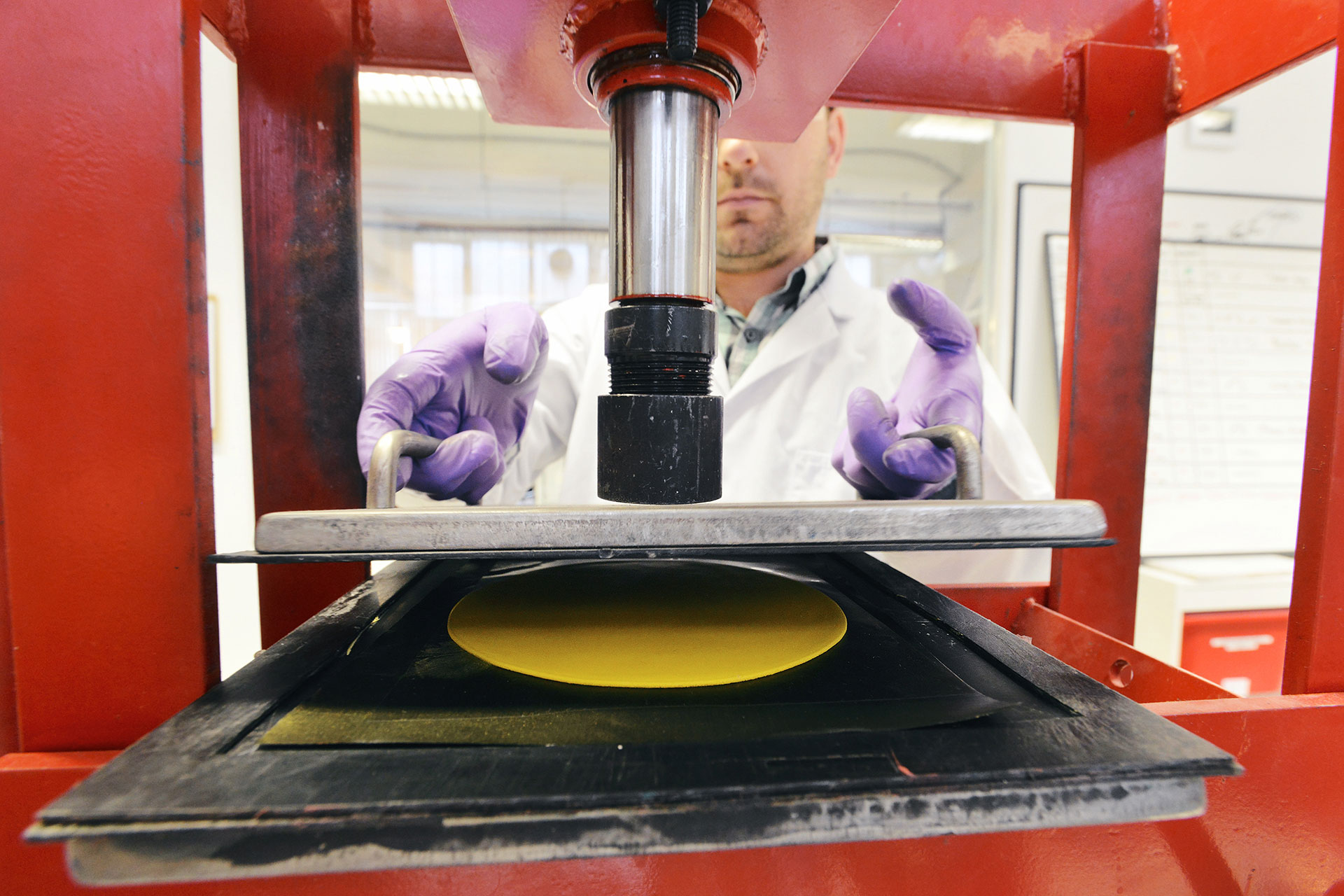 Some of the key processes look fairly old fashioned, but the basis of Sugru is a secret recipe for essential ingredients and modern mixing processes that the company says are vital to preserving a lead on rivals 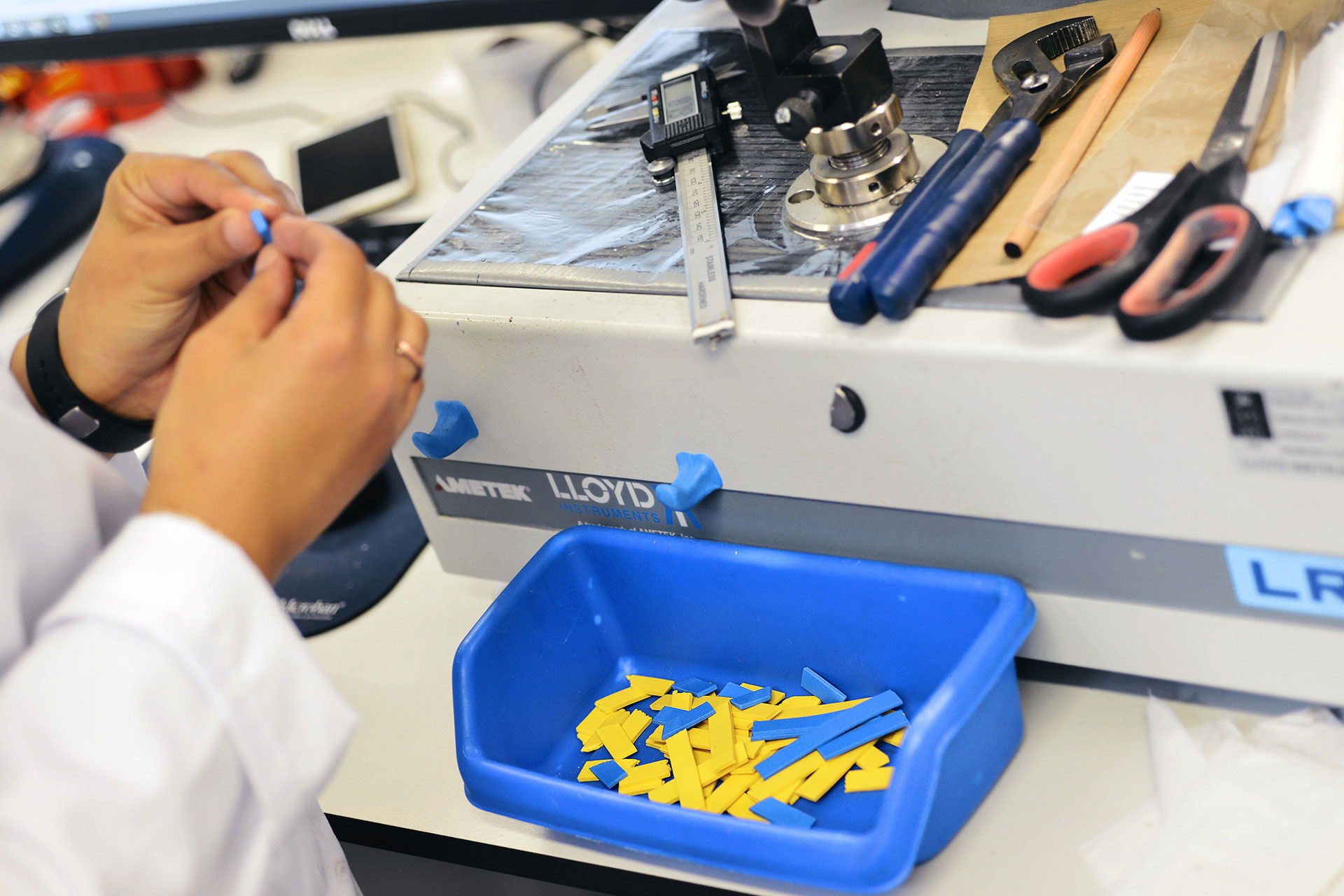 Sugru has 1m customers around the world many of whom are “madly in love” with the product, according to Jane ni Dhulchaointigh 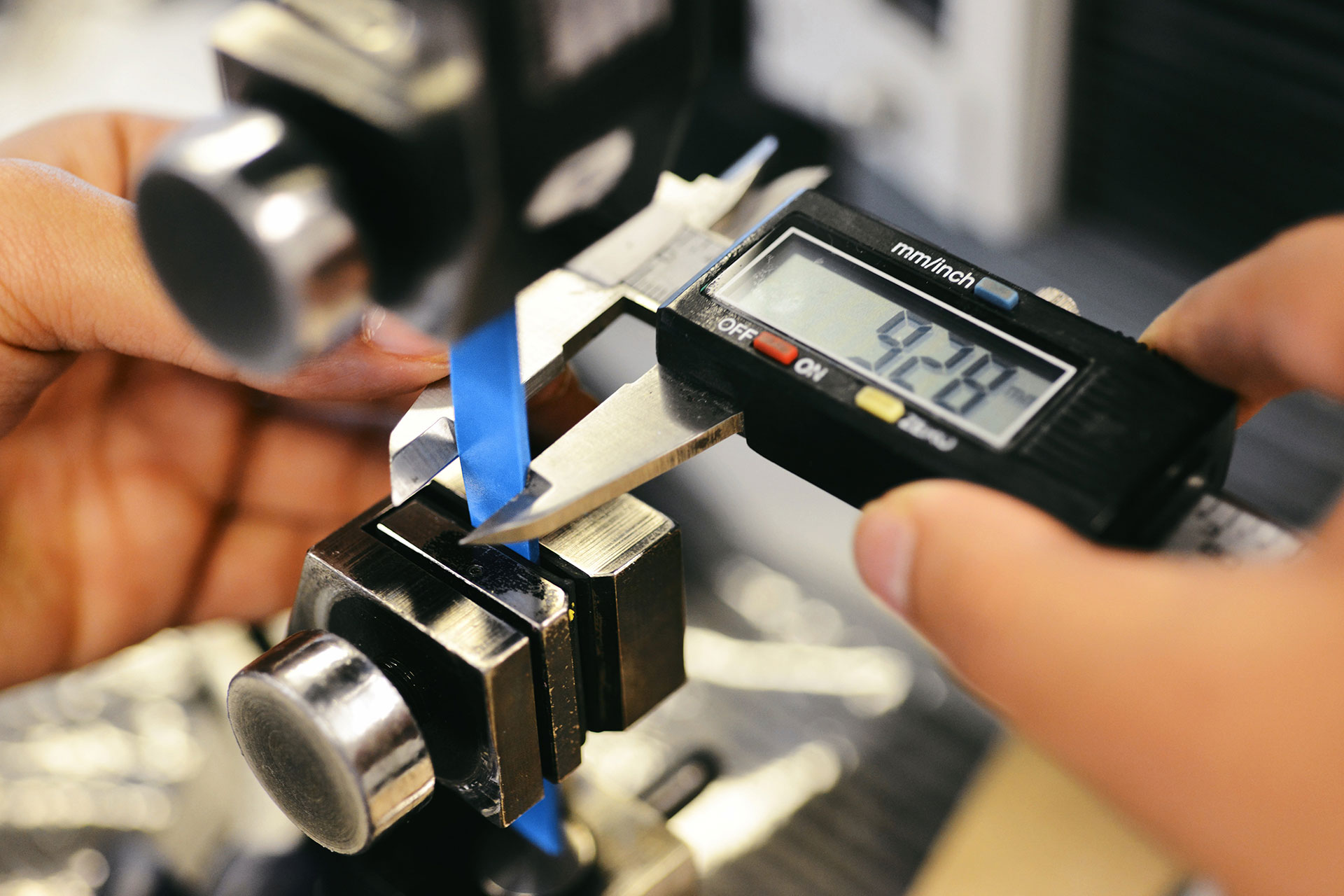 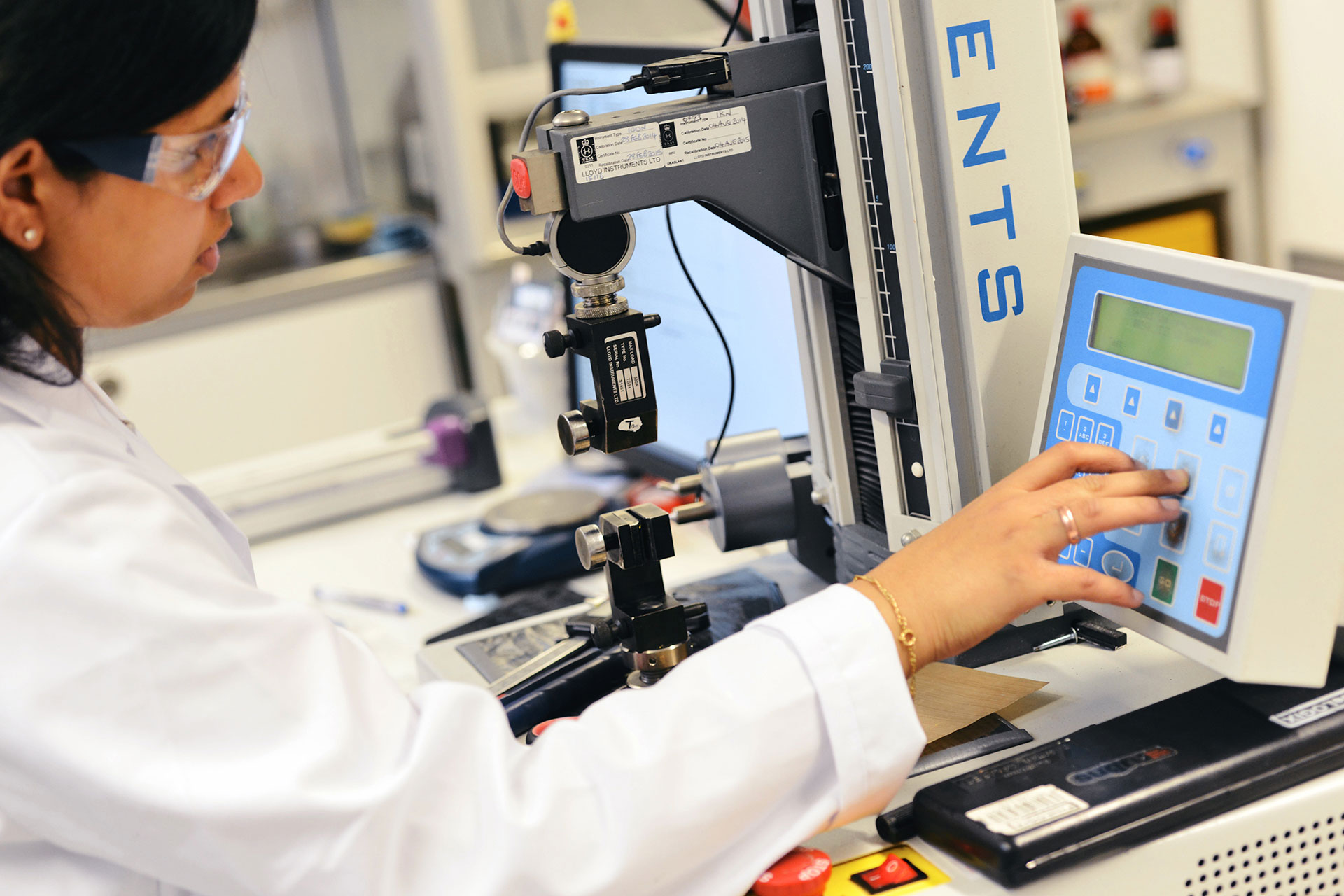 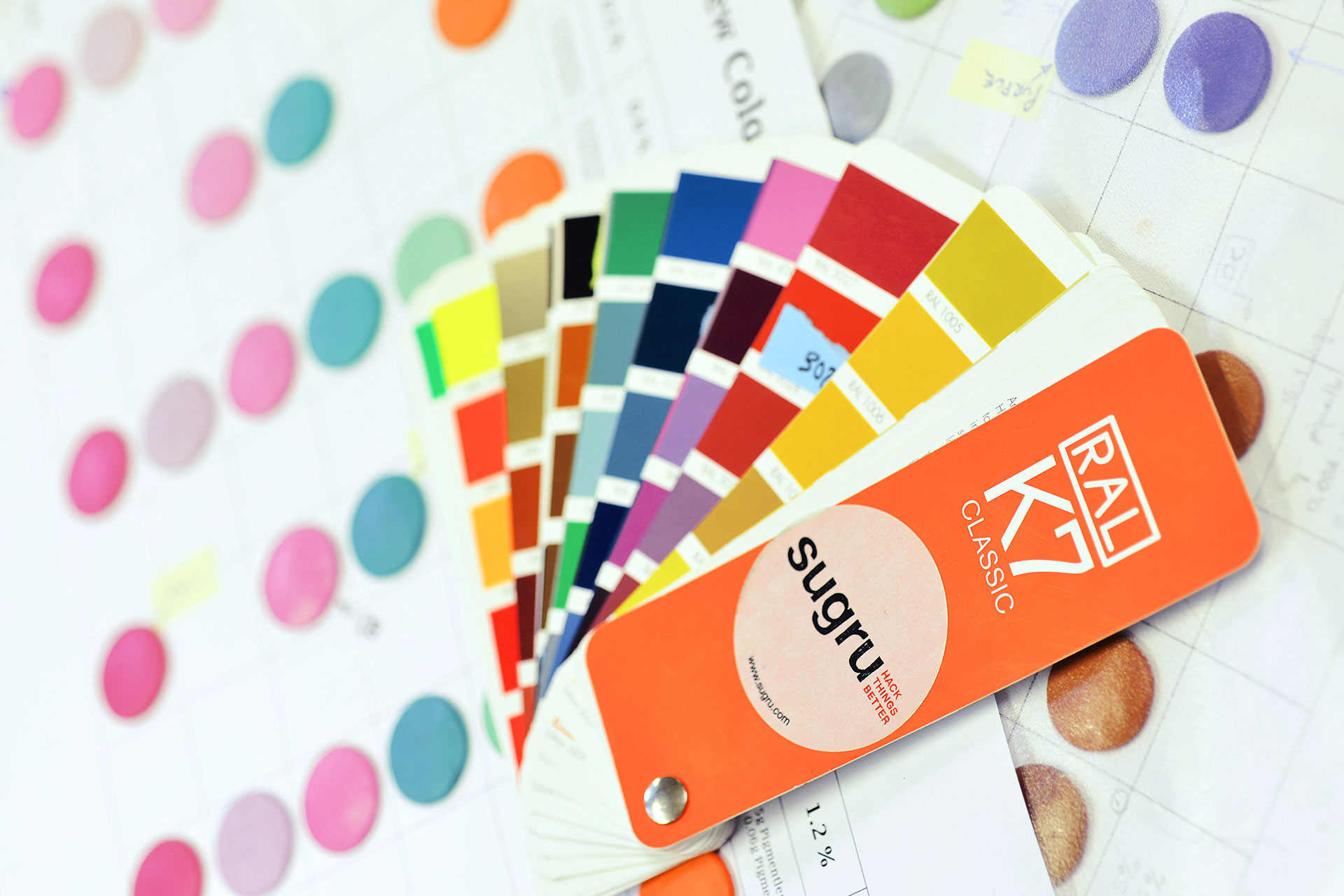 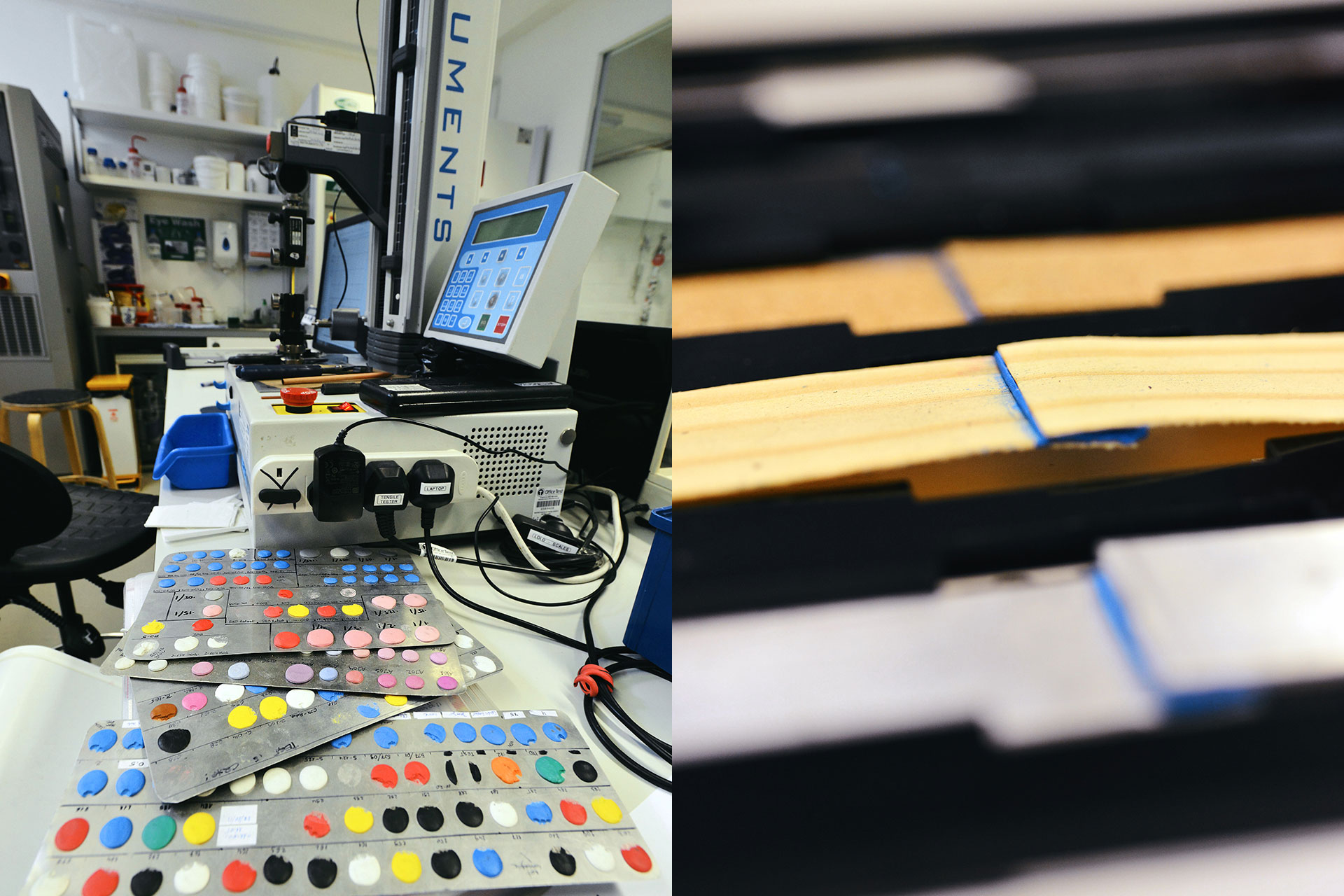 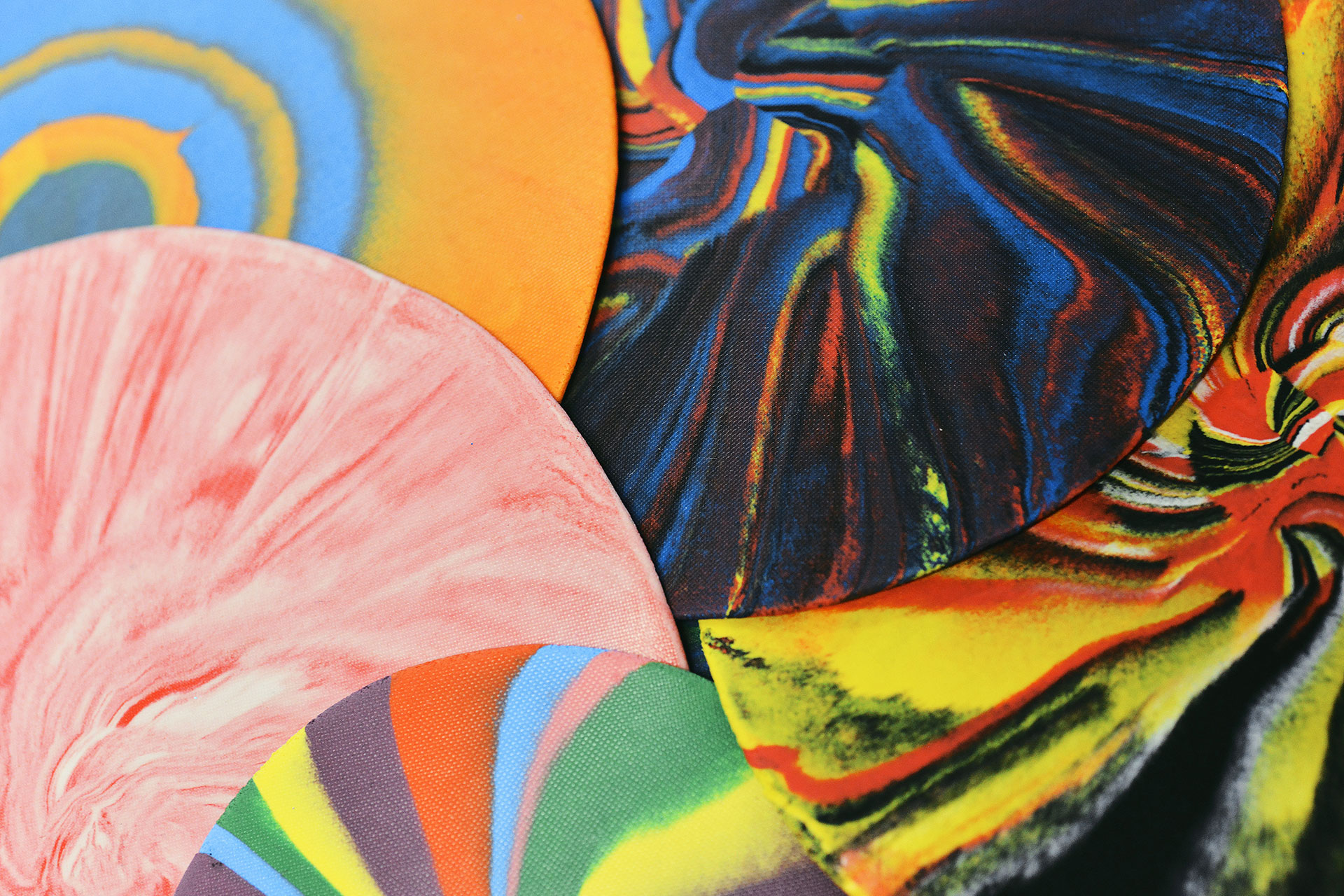 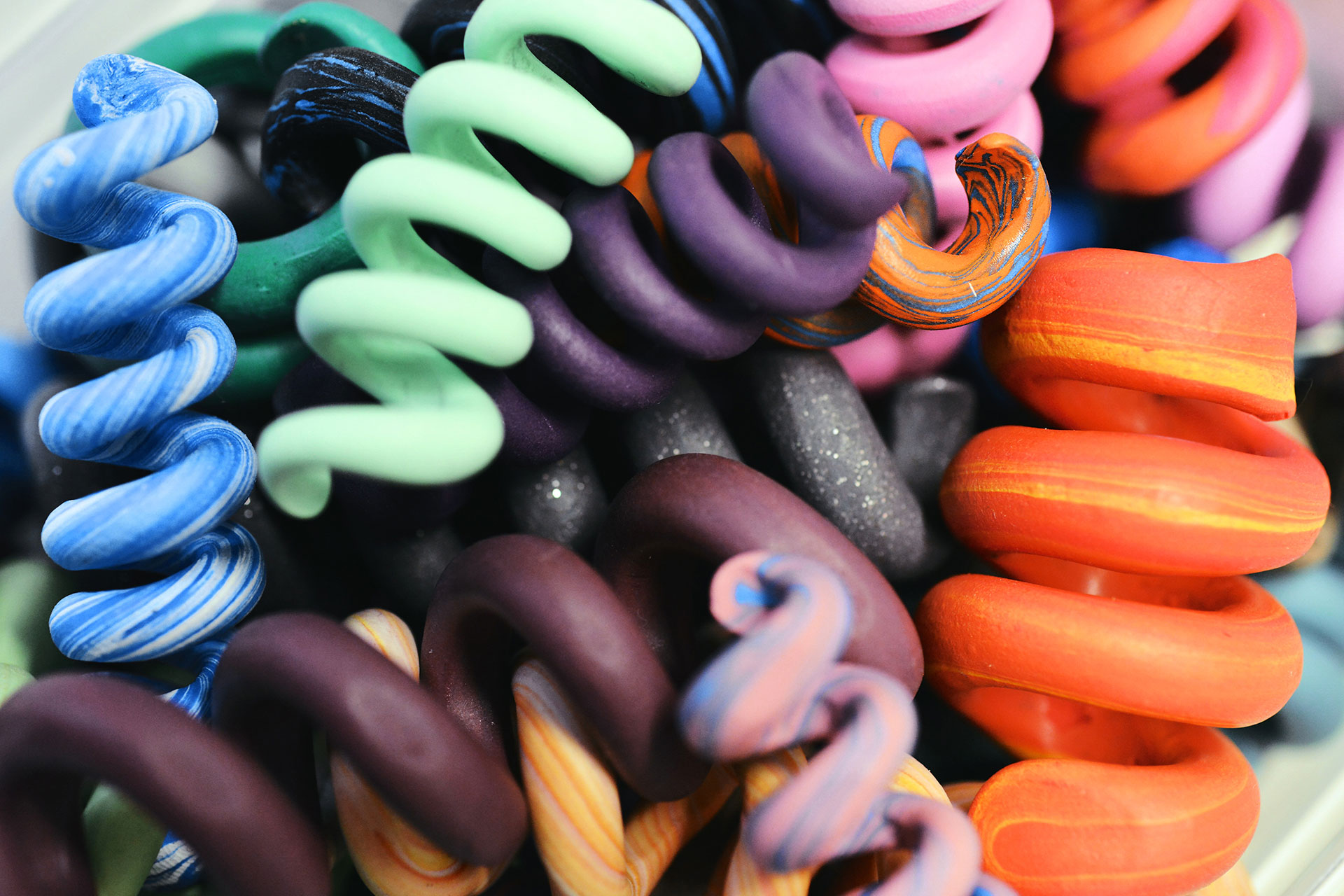 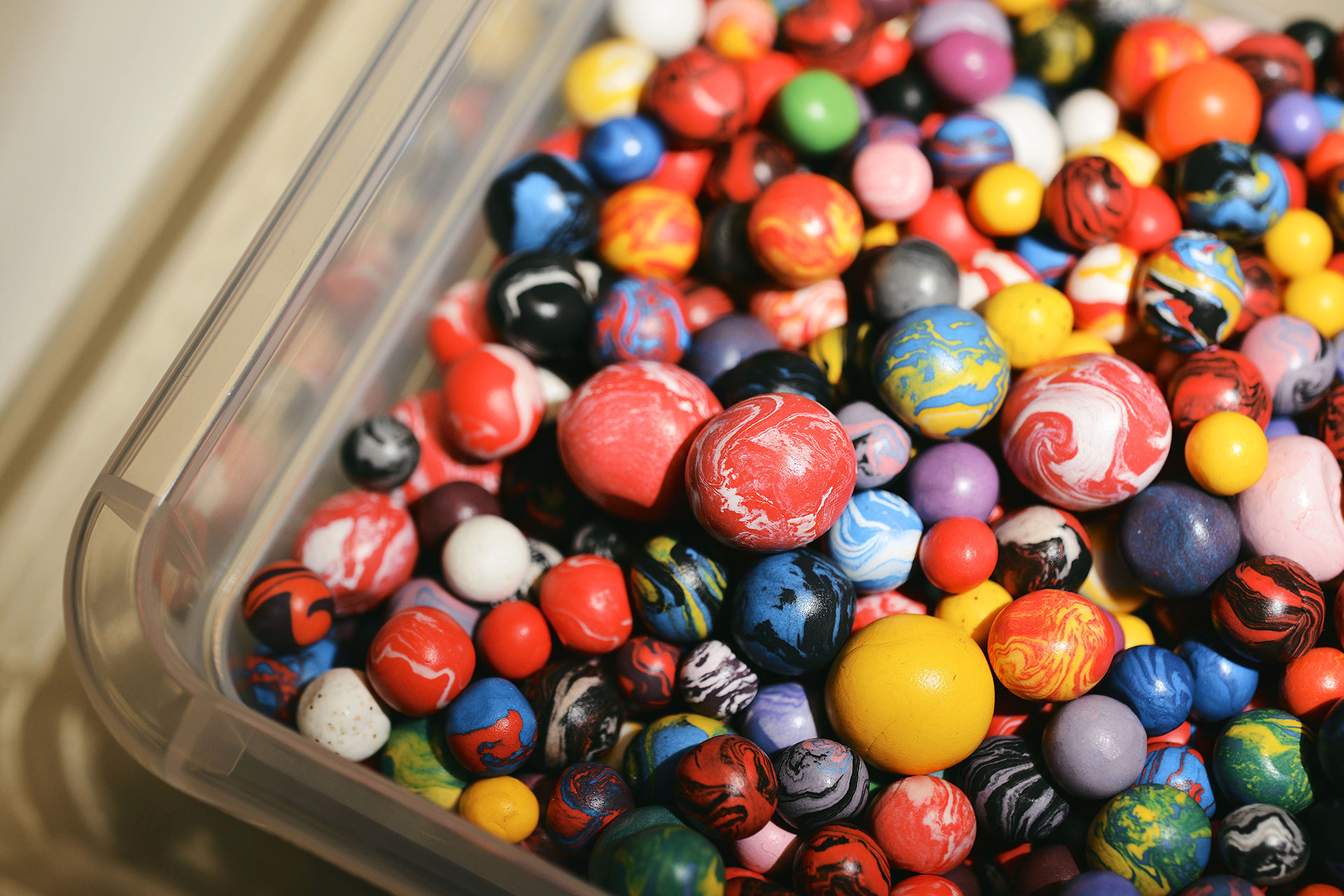 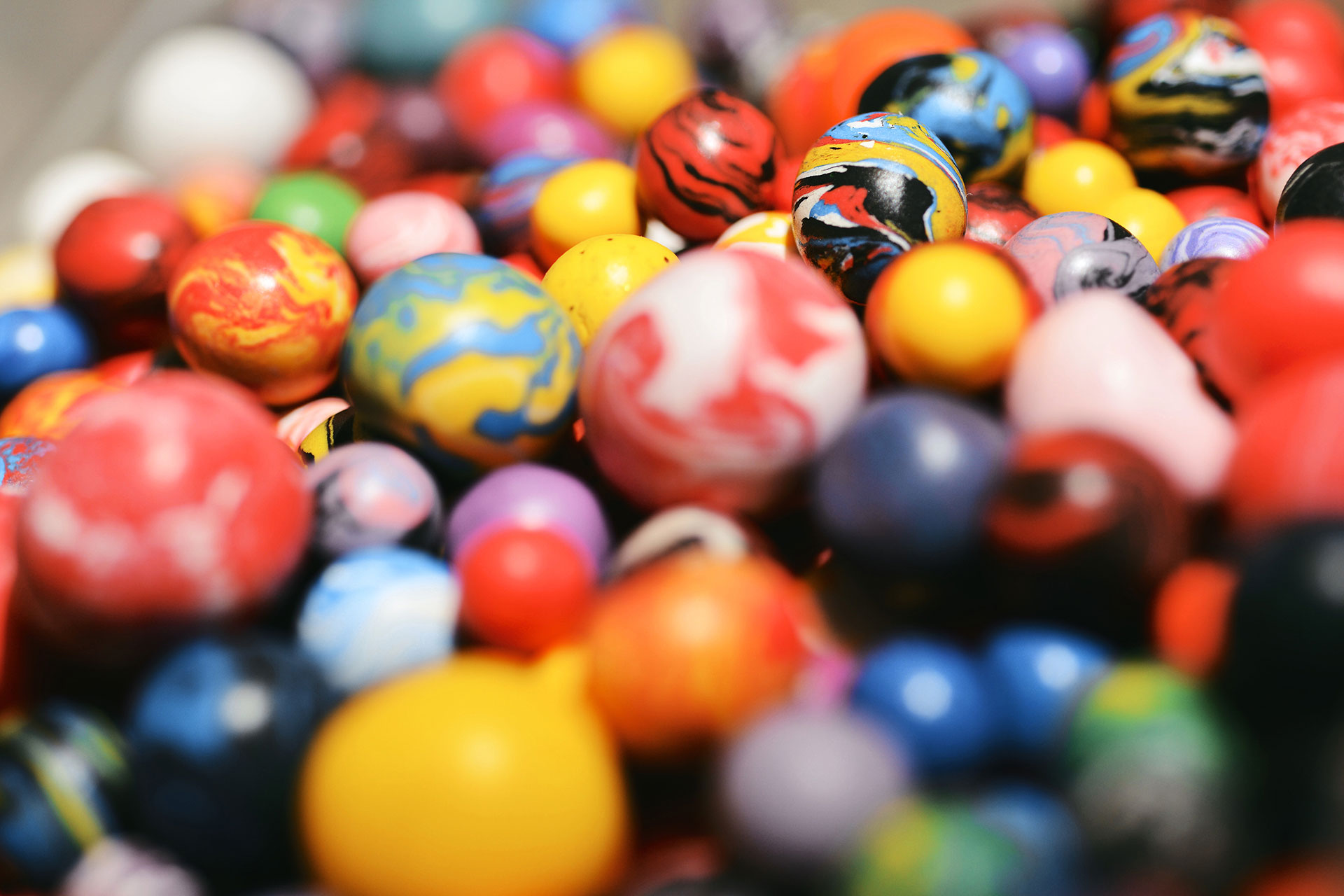 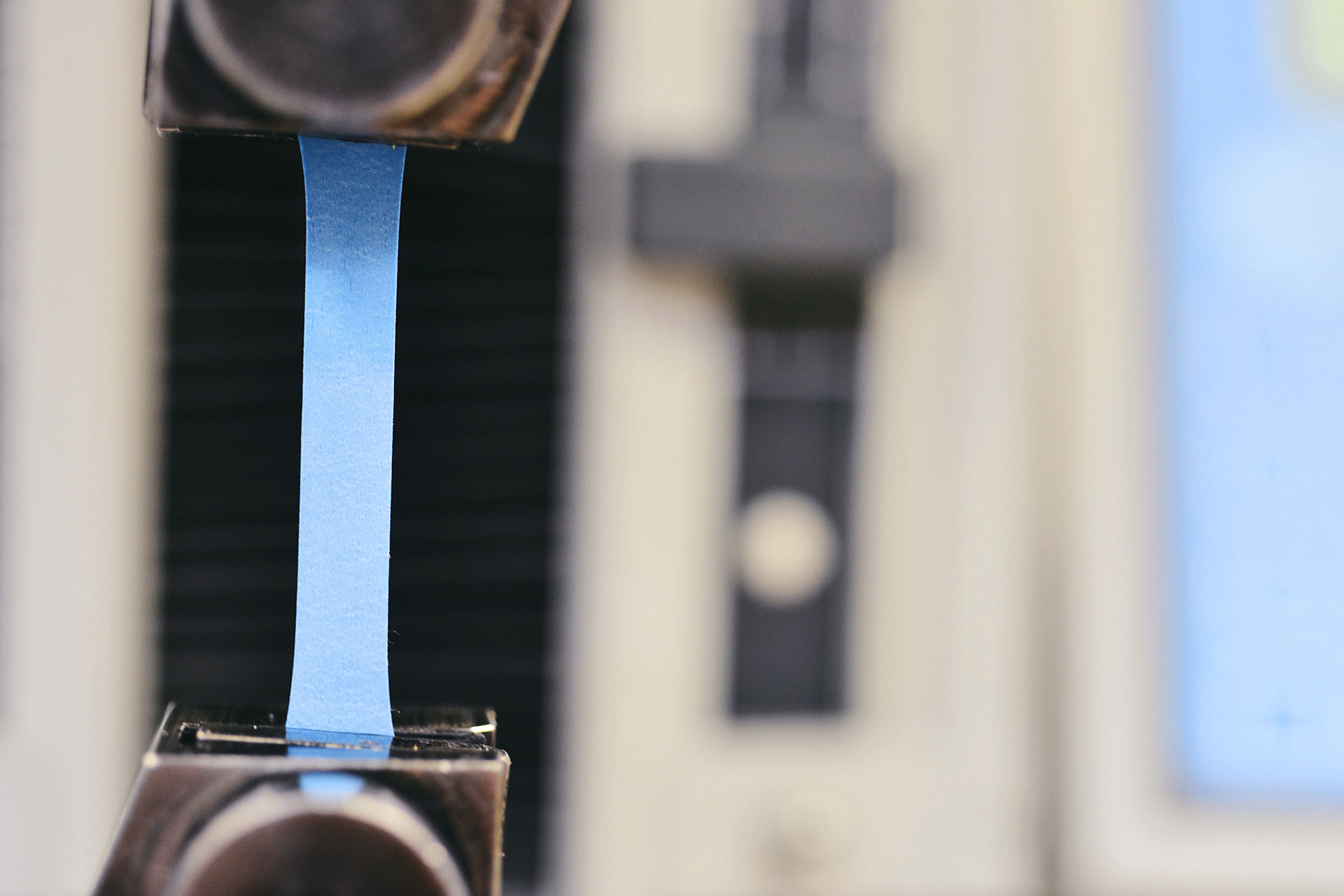 From silly putty to space satellites – the power of silicones

It is not every day that a small manufacturer sets out to raise several million pounds from the public – and succeeds. Sugru used a crowdfunding campaign to gain £3.5m in new investment from more than 2,000 individuals and groups, many of them users of its products.

“We have customers who are madly in love with what we do,” says Jane ni Dhulchaointigh, the company’s chief executive and co-founder.

Sugru’s registered name is FormFormForm, but is normally referred to by the name of its sole product, a malleable substance rather like putty. Sugru is sold in more than 160 countries and has hundreds of possible uses. The company reckons it has more than 1 million customers, mainly individual consumers.

The walls of the company’s cramped east London office are covered with photos sent in by customers from all over the world, showing the many different uses they have found for Sugru, from mending hiking boots to making toys.

Jane ni Dhulchaointigh came up with the basic idea behind Sugru – a versatile material that could “fix” all sorts of fairly ordinary problems – while studying product design at London’s Royal College of Art. She says her philosophy was: “I don't want to buy new stuff all the time. I want to improve and re-imagine the stuff I already have so it works better for me.”

One application came from a woman whose husband is blind and was unable to use the microwave when she was out. She tackled this by using Sugru to make the buttons tactile, shaping a series of outlines to depict letters or numbers.

The company was set up in 2004 by ni Dhulchaointigh and the prolific entrepreneur Roger Ashby, whilst ni Dhulchaointigh, now 37, was still studying. It offers an excellent example of a new genre of manufacturing business that seems likely to become more prevalent in the next few years. These companies will be small and flexible, and will combine production skills with an ability to harness a variety of technologies to create niche products that will sell to customers all over the world.

The manufacturing process involves blending key materials in different colours and formulations to make Sugru, which is a form of silicone. This, together with mixing and packaging, is done at its head office, a former button factory. The process is secret – so much so that outsiders aren’t allowed to photograph Sugu’s big and impressive looking mixing machine.

The “do-it-yourself” route to manufacturing came about only after the 60-strong company initially tried to outsource production to an experienced UK-based manufacturer. “Unfortunately, they couldn’t guarantee the quality of the product. We did it ourselves and the quality improved,” ni Dhulchaointigh says. Annual sales are growing fast and are expected to reach £6m in 2016, with half coming from the US.

Ni Dhulchaointigh has created what amount to two global networks to help to refine the technology behind her business. Via social media such as Twitter and Facebook these users are encouraged to stay in close contact with the company by sending in photos and inquiring about new adaptations to the formula to create Sugru in new colours, for instance.

The links with customers were particularly useful in the 2015 crowdfunding campaign, which almost doubled the total investment injected into the company, now about £8m.

The second network comprises a group of experienced business people who have been important background influences. Central among them is Ashby, the company’s 76-year-old chairman and a major shareholder alongside ni Dhulchaointigh.

With a background in industry and advising start-ups, Ashby was introduced to ni Dhulchaointigh at a time when Sugru was just an idea. “I was told I should meet a young woman who had re-invented rubber. My job was to tell her not to be stupid,” recalls Ashby. “Within 20 minutes I realised this was a great idea and that we should start a company.”

Helped by Ashby, ni Dhulchaointigh was put in touch with a group of chemical industry executives with links to companies such as the US’s DowCorning – one of the world’s biggest silicone manufacturers. Ni Dhulchaointigh says: “We realised that for the company to be successful, the science had to work and our manufacturing had to be flawless. We found some friendly people who helped us.”

Where does Sugru go from here?

The company could continue to grow as an independent business, perhaps helped by further injections of capital. If successful, its efforts to promote the use of Sugru in industrial fields such as automotive and aerospace manufacturing could provide the impetus for a further burst of growth.

Perhaps more likely is that a large chemical group such as 3M of the US or Henkel of Germany might make an offer for FormFormForm that neither ni Dhulchaointigh nor Mr Ashby would want to pass up. “A lot of people [in big companies] are following closely what we are doing,” says Ashby.

Ashby – who in his career has seen the many potential routes open to start-ups of all sorts – doesn’t want to be drawn on FormFormForm’s most likely course of action. “In any start-up business much depends on the opportunities [for the company] and the founders’ vision of what they hope it will achieve.”

The trials and tribulations of fledgling companies

With a strong science and technology base and no shortage of venture capital for new companies, the UK is highly regarded as a place for nurturing manufacturing start-ups. But turning such companies into a sustainable business that can expand and employ a large workforce can be tough.

One of the best examples of a successful UK start-up that – like Sugru – has focused on consumer products is Lush, based in Dorset. The maker and retailer of cosmetics and personal care products was started in 1996 by Mark and Mo Constantine, who continue to own and run it.

While it is best known for having more than 900 stores in 50 countries, Lush is “vertically integrated”, making the products it sells, ranging from soaps to herbal treatments, in several factories around the world, including the UK.

The Constantines – who met in the 1970s when they were working for beauty salons – say they like to control manufacturing in this way, partly because it allows them to introduce new products that differ radically from rivals and can be developed without fear of secrets leaking out. The owners are also adamant they will not sell out to a bigger company on the grounds that they want to maintain an independent company.

As a start-up with its roots in the British academic system, Sugru is following the journey taken by companies such as Filtronic, one of the oldest “university spin-outs” from the modern era still operating.

Filtronic, which makes microwave equipment for telecommunications, was set up in 1977 by Prof David Rhodes, a top electronics expert at Leeds University, and remains an independent Leeds-based company with operations around the world.

Successfully commercialising research carried out in academic institutions can be challenging.

Kymata, a laser business established in 1998 on the back of technology developed at Glasgow and Southampton universities, received £114m in venture capital funding but saw its prospects worsen and in 2001 was sold to Alcatel of France. It was then sold three more times in rapid succession – to Avanex, Gemfire and Kaiam, all of them US electronics businesses – but still struggled to make headway in the competitive field of telecommunications equipment.

But the company’s plant at Livingston near Edinburgh continues to operate under Kaiam’s ownership and is expanding. The plant is now focused on making signal processors for internet servers used by businesses such as Google.

The UK has several start-ups attempting to build on pioneering work at Manchester University on graphene – an extremely thin material based on carbon atoms with potential applications from aerospace to scientific instruments. Among them is 2D-Tech, set up in 2012 in Manchester and owned by UK materials group Versarien.